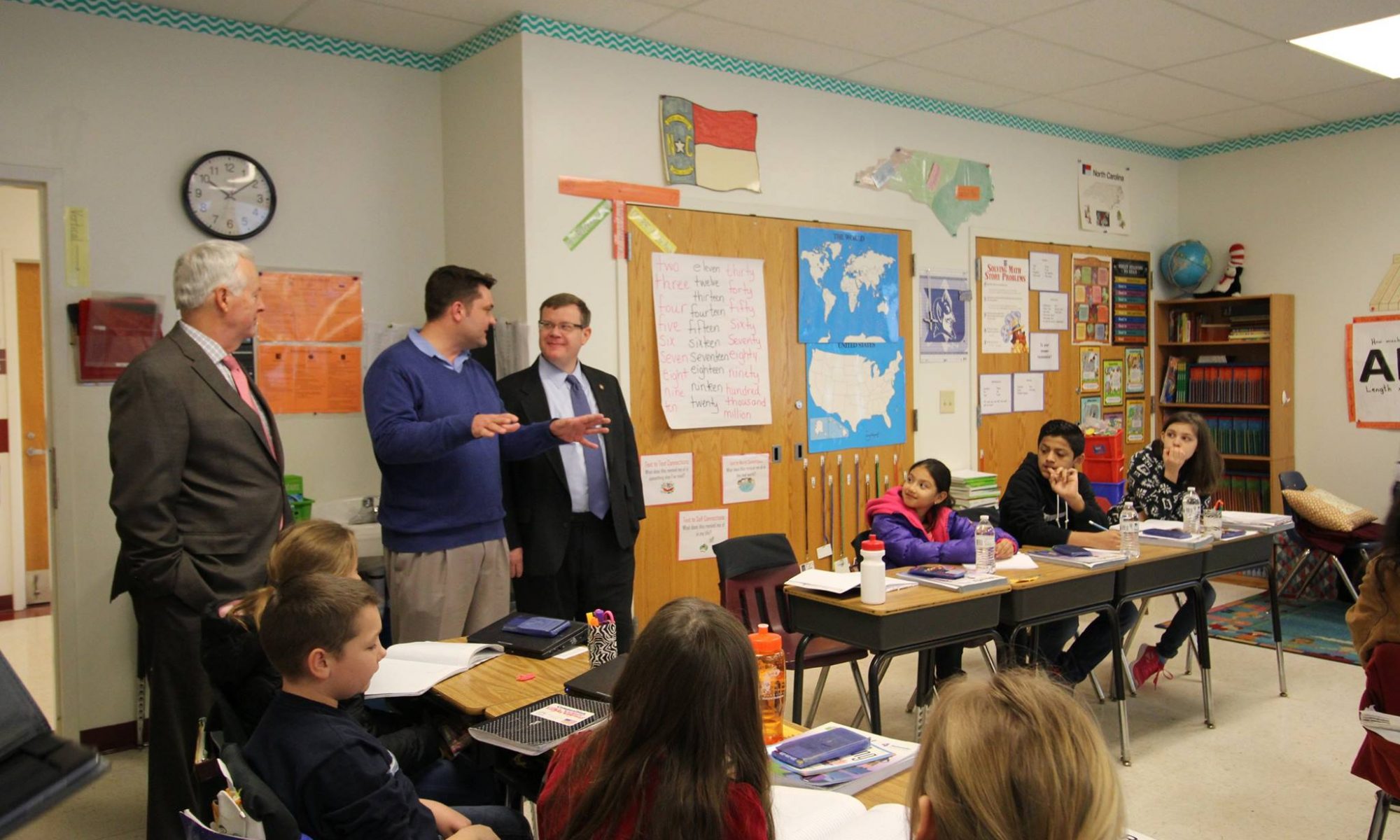 Under Speaker Tim Moore’s leadership, the North Carolina House of Representatives has passed historic education reforms and investments that are transforming the state’s school systems.

At long-last, starting teacher pay was increased to $35,000 and average teacher pay to $50,000 thanks to Speaker Moore’s commitment to increasing compensation for educators.

The National Association of Educators ranks North Carolina the third-fastest rising state for teacher pay in the nation since 2014.

In fact, a new N.C. Lottery Fund is also committing $2 billion to Needs-Based School Construction over the next 10 years.

Speaker Moore’s education priority is to equip North Carolina students with the tools to be successful and ensure they are career or college-ready after graduating high school.

Speaker Moore believes investment, innovation and meaningful reform are all critical to building the best school systems for our students.

School safety has been a critical priority of the state House, with a select committee of more than 50 members of the legislature focusing on classroom security, mental health, and crisis preparation for public schools.

The North Carolina General Assembly saved a state record $1.9 billion rainy day reserve prior to Hurricane Florence hitting the state in Fall 2018.  This smart preparation helped lawmakers immediately respond to local education financial needs after the storm along with providing calendar and compensation flexibility to schools impacted by the devastation.

Reducing class sizes over time is another education policy commitment of the state House that represents a shared priority with teachers, students, and families.  Studies have consistently shown what most North Carolinians expect – lower class sizes mean more individual attention and a better learning environment for students, especially those vulnerable to falling behind.