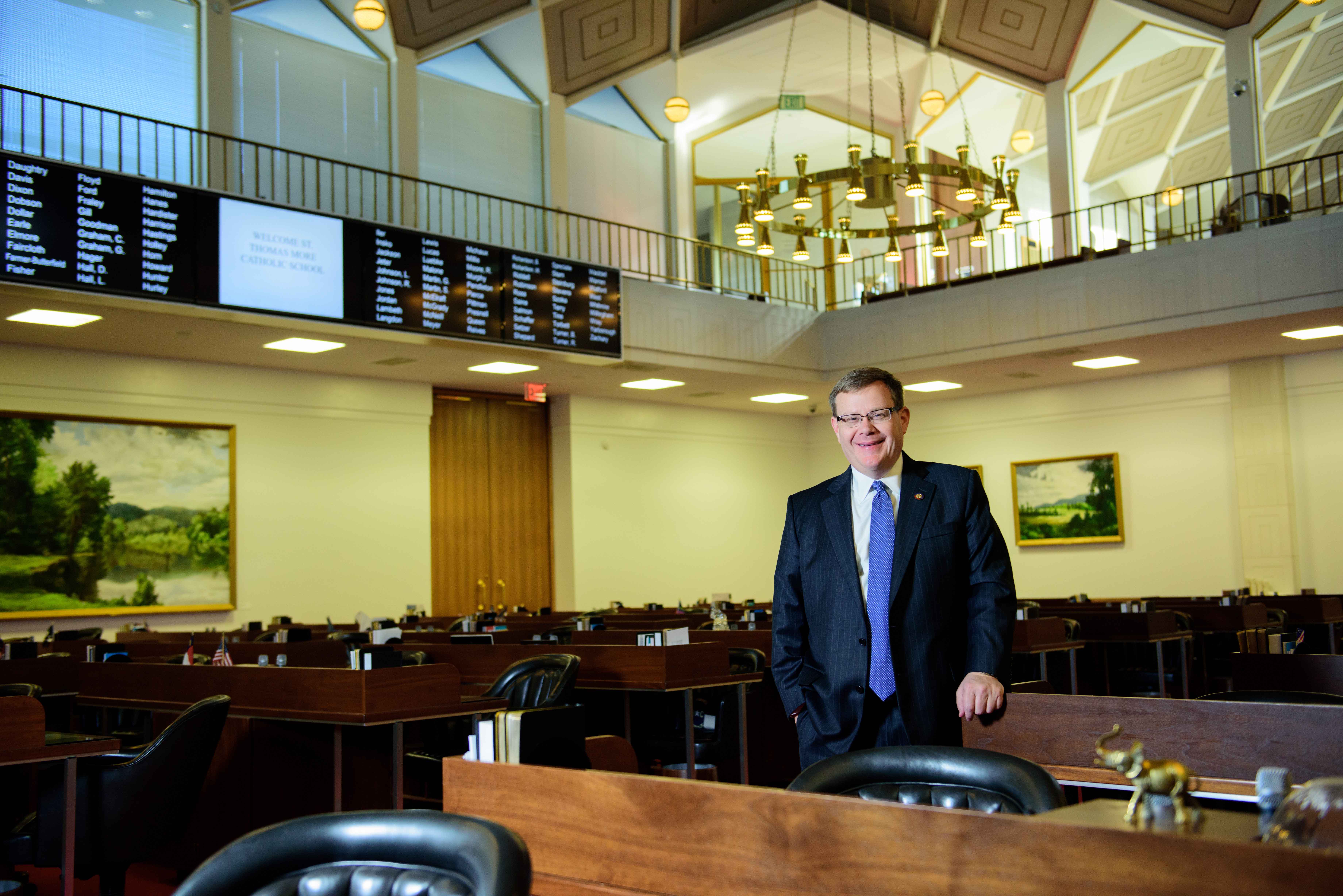 First elected to the General Assembly in 2002, Speaker Tim Moore is currently serving his fourth term as the presiding officer of the North Carolina House of Representatives.

A lifelong resident of Kings Mountain, North Carolina, Tim graduated from the University of North Carolina at Chapel Hill in 1992 with a B.A. in Political Science.

He then attended law school at the Oklahoma City University School of Law and received his Juris Doctor degree in 1995.