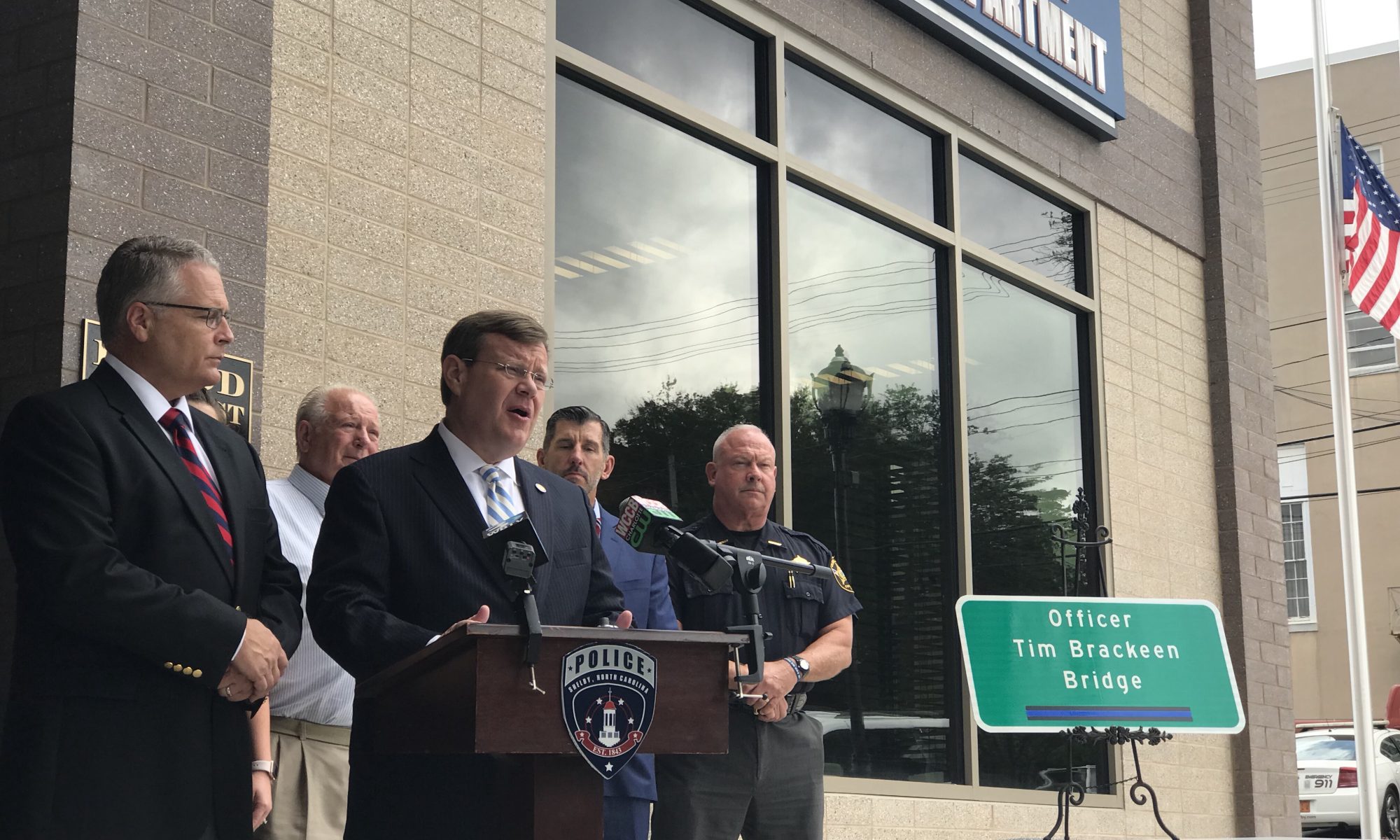 The North Carolina General Assembly directed NCDOT to name the bridge over N.C. Highway 74 after Officer Brackeen in the state budget during the short legislative session this summer.  State law and department policies required legislative action to name a state-maintained bridge after a local law enforcement officer.

Speaker Moore said he would file draft legislation at the dedication to strengthen penalties for assaulting or attempting to assault law enforcement officers with a firearm.

“I knew Tim to be a man of faith,” Moore said.  “He was a police officer.  He kept us safe no matter what.  We wanted to do something so those coming through our community know of his sacrifice.”

“It’s a small thing we’ve done but it’s the least we can do.  He will never be forgotten.”

“On behalf of the North Carolina General Assembly – we stand with law enforcement.  We will protect them because they protect us, and we are filing legislation in Officer Brackeen’s honor.”

Shelby City Police K-9 Officer Timothy James Brackeen, was shot on September 10, 2016, while he attempted to serve a warrant. He died two days later at Carolinas Medical Center in Charlotte, N.C., at just 38 years old, leaving behind a wife and young daughter.

Police say Brackeen was trying to serve a warrant to 23-year-old Irving Fenner at 12:21 a.m. on Saturday, September 10.  He reportedly found Fenner at 212 Gidney St., Shelby, near Bethel Baptist Church, police said. The two struggled outside the home, and Brackeen was shot in the chest, Ledford said.

Other officers arriving on the scene heard the sound of gunfire, and when they went to Brackeen’s location, they found him outside the home and injured. Brackeen was wearing his bulletproof vest at the time of the shooting.

Brackeen was with the Shelby Police Department since July 2004 and was assigned as a K-9 officer for the department with his partner, Ciko (psycho).