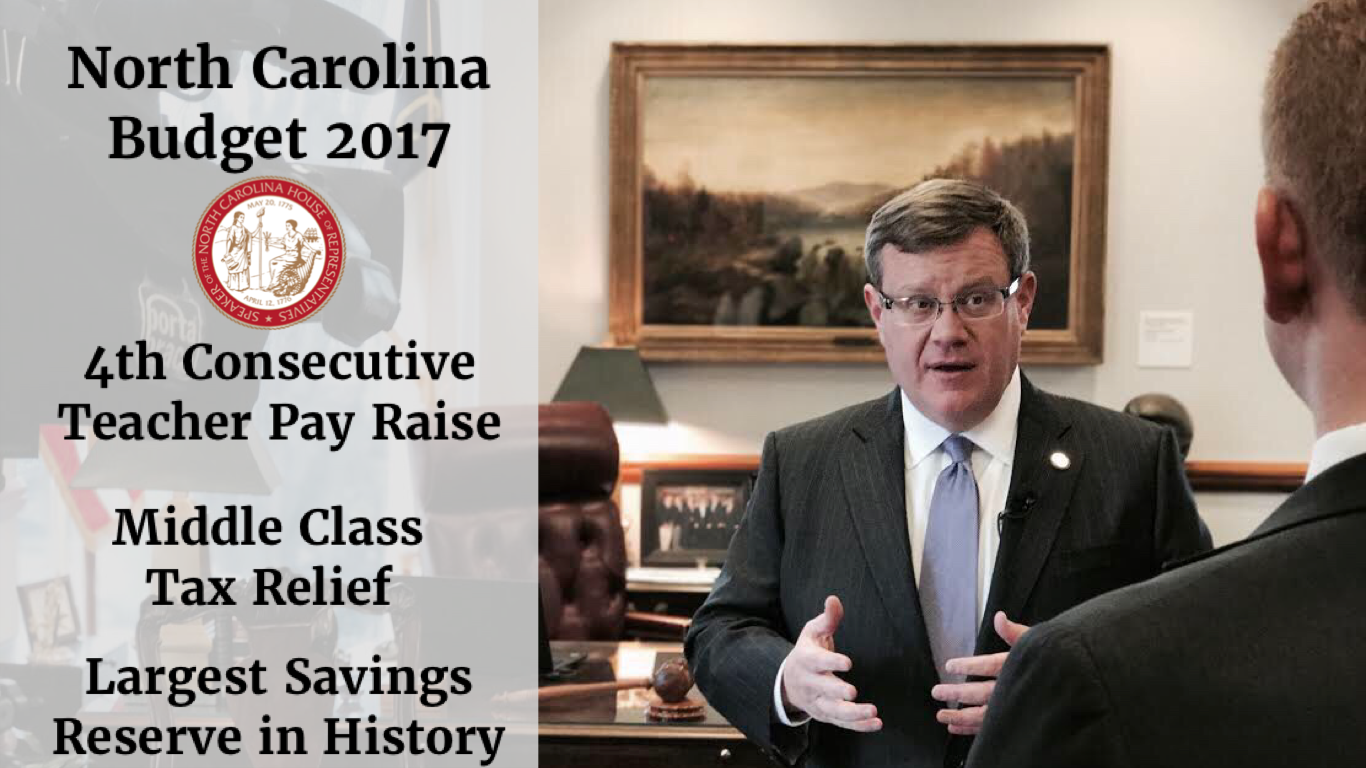 The budget proposal includes a plan to cut personal income tax rates and raise the standard deduction to add 95,000 North Carolinians to the zero-tax bracket, building on Republicans’ tax relief and reform already provided to North Carolinians since 2011.

As a result, millions of middle-class families and job-creating small businesses will keep more of their earnings under this year’s plan. Budget officials expect 99 percent of taxpayers to either pay less or no state personal income taxes at all under the 2017 tax relief plan.

“Gov. Cooper will sign this budget if he cares about increasing the zero-tax bracket for low-income North Carolinians, keeping a long-term commitment to increasing teacher pay, providing disaster relief to hurricane-hit regions and protecting the state from future emergencies through smart savings and responsible spending.”

The Republican-led General Assembly has generated hundreds of millions of dollars in budget surpluses – and billions in savings reserves – through tax relief, balanced budgeting and economic growth since 2011.

Additional key provisions of the budget include:

In Salaries and Benefits –

In Health and Human Services –

In Justice and Public Safety –

In Taxes and Economic Development –

In Agriculture and the Environment –

Work on the full budget agreement is ongoing, and lawmakers hope it will be posted to the North Carolina General Assembly website at www.ncleg.net on Monday night.