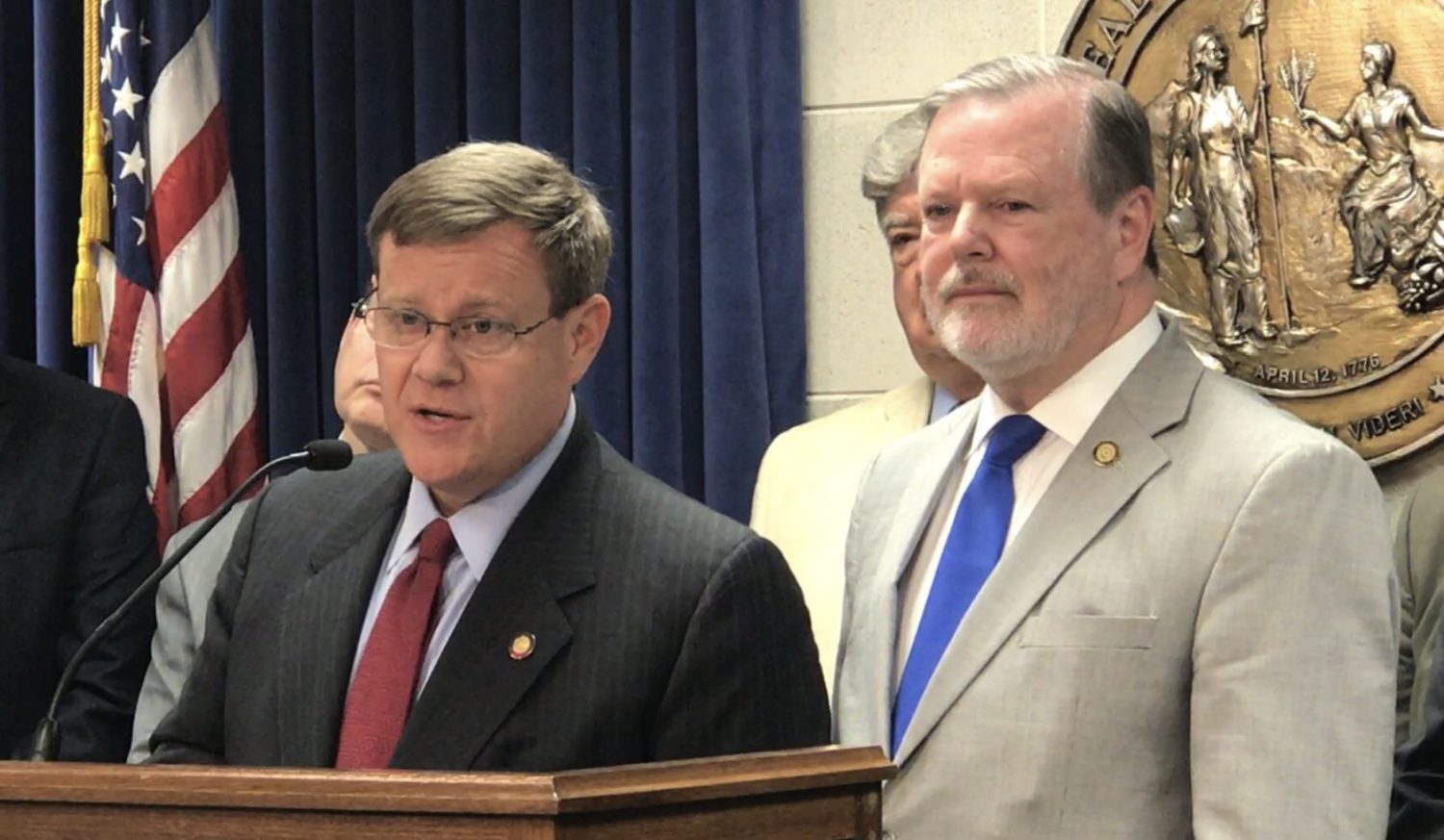 Based on the strong revenue numbers, House Speaker Tim Moore (R-Cleveland) and Senate Leader Phil Berger (R-Rockingham) also announced they have reached agreement on a $23.917 billion spending target for the Fiscal Year 2018-19 state budget, pledging the state House and Senate will keep their commitment to passing a fifth consecutive teacher pay raise while keeping taxes low on middle-class families and small businesses.

Republicans inherited a massive $2.5 billion budget deficit from Gov. Roy Cooper’s Democratic Party in 2011. Since then, they’ve worked for years to strengthen North Carolina’s balance sheet and implement pro-growth economic policies, which are now resulting in a string of budget surpluses and a record rainy day fund. The spending target represents a responsible 3.85 percent annual growth rate for the state budget, which will increase spending on key state priorities by roughly $886 million and still allow millions of North Carolinians to keep more of their own earnings.

“We will maintain our proven approach to successfully keeping North Carolina on solid financial footing for the long-term benefit of our citizens and businesses,” said Moore.  “North Carolinians can have confidence they live in a state that has secured a prosperous future for its rapidly growing population.”

Moore and Berger said lawmakers will continue to resist any calls from Gov. Cooper for a job-killing tax hike.

“We fully expect that when Gov. Cooper releases his proposed budget, he will propose a return to the Democrats’ failed economic policies of high taxes and irresponsible spending that left our state totally unprepared for the Great Recession,” said Berger. “But legislative Republicans, unlike Gov. Cooper, have learned from the failure of Democrats’ liberal tax-and-spend economic schemes. Last year our members passed a responsible plan that promised a generous teacher pay raise and lower taxes for working families – and this year we’ll work quickly and efficiently to build on those promises.”

The policies adopted by Republican state leaders have helped create over half a million new jobs and have resulted in North Carolina’s economy consistently being ranked as one of the fastest growing in the nation.