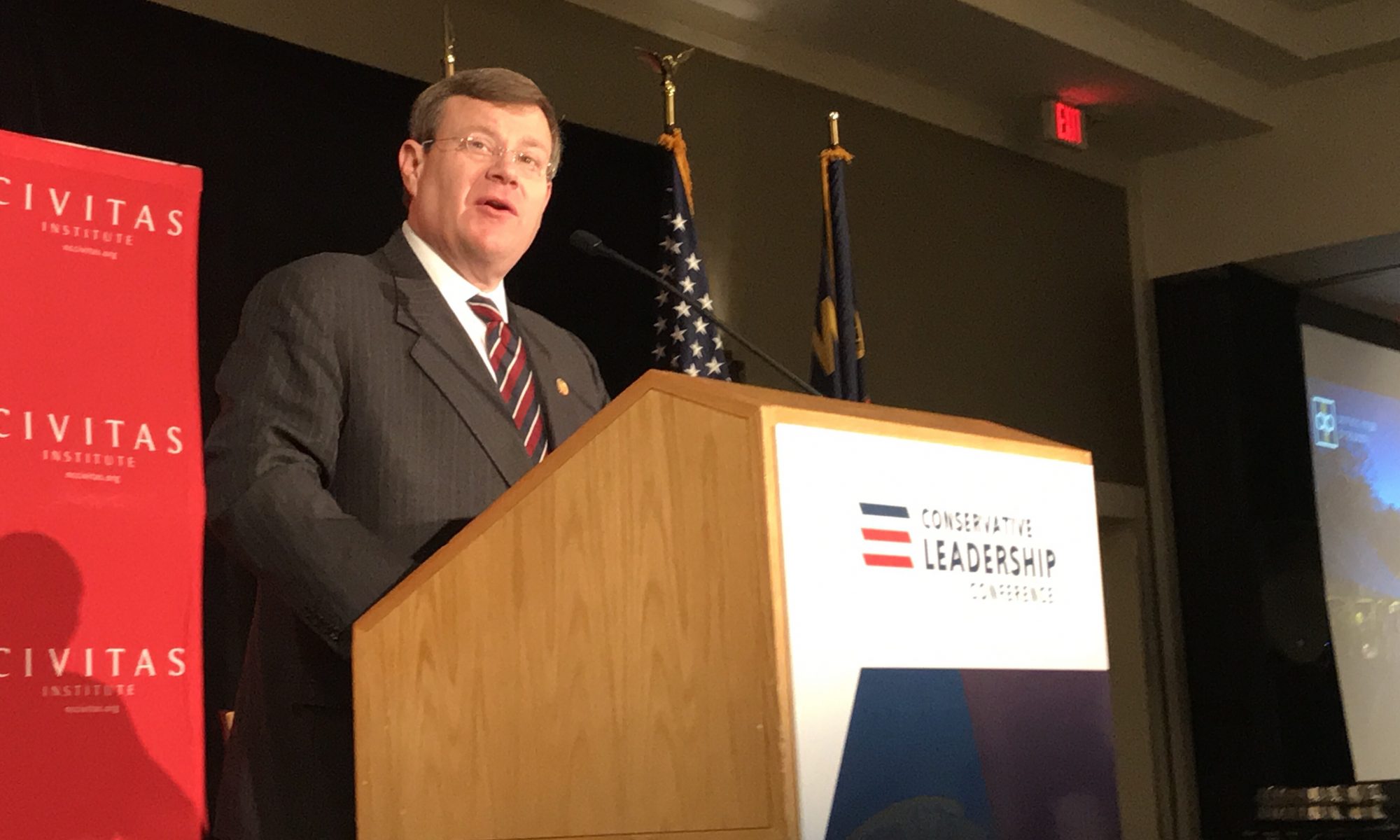 “Tax reform is just the beginning of how Congress can model national change after North Carolina,” Moore said at the event organized by the Civitas Institute.  “Our state is poised for long-term success.”

Moore noted North Carolina is a top-ten state for wage growth with a lower income tax rate, corporate tax rate, and sales tax rate that have saved citizens billions of dollars this decade.

“We knew if we kept our promises, our people would see prosperity and opportunity,” he continued.  “We have to work just as hard as the people we represent – Americans who are determined to build a brighter future for their loved ones.”

“We’re building a strong state where citizens can have confidence in the future for their families and businesses,” Moore said.  “North Carolina has unprecedented potential.”

Moore said the state General Assembly has a record of reform and keeping its promises.

State employee compensation increased in North Carolina each of the last four years, including two $1,000 raises, a 1.5% raise, and a $750 bonus.

From 2014-2017, teachers in North Carolina had the fastest rising salaries in the United States and received four consecutive salary increases.  A fifth teacher raise is already scheduled for the state budget in 2018.

“Our people have the opportunity to realize success that was a dream a few years ago.”

“What we have done is not just a model for other states,” Moore concluded.  “We’re a model for the United States.”