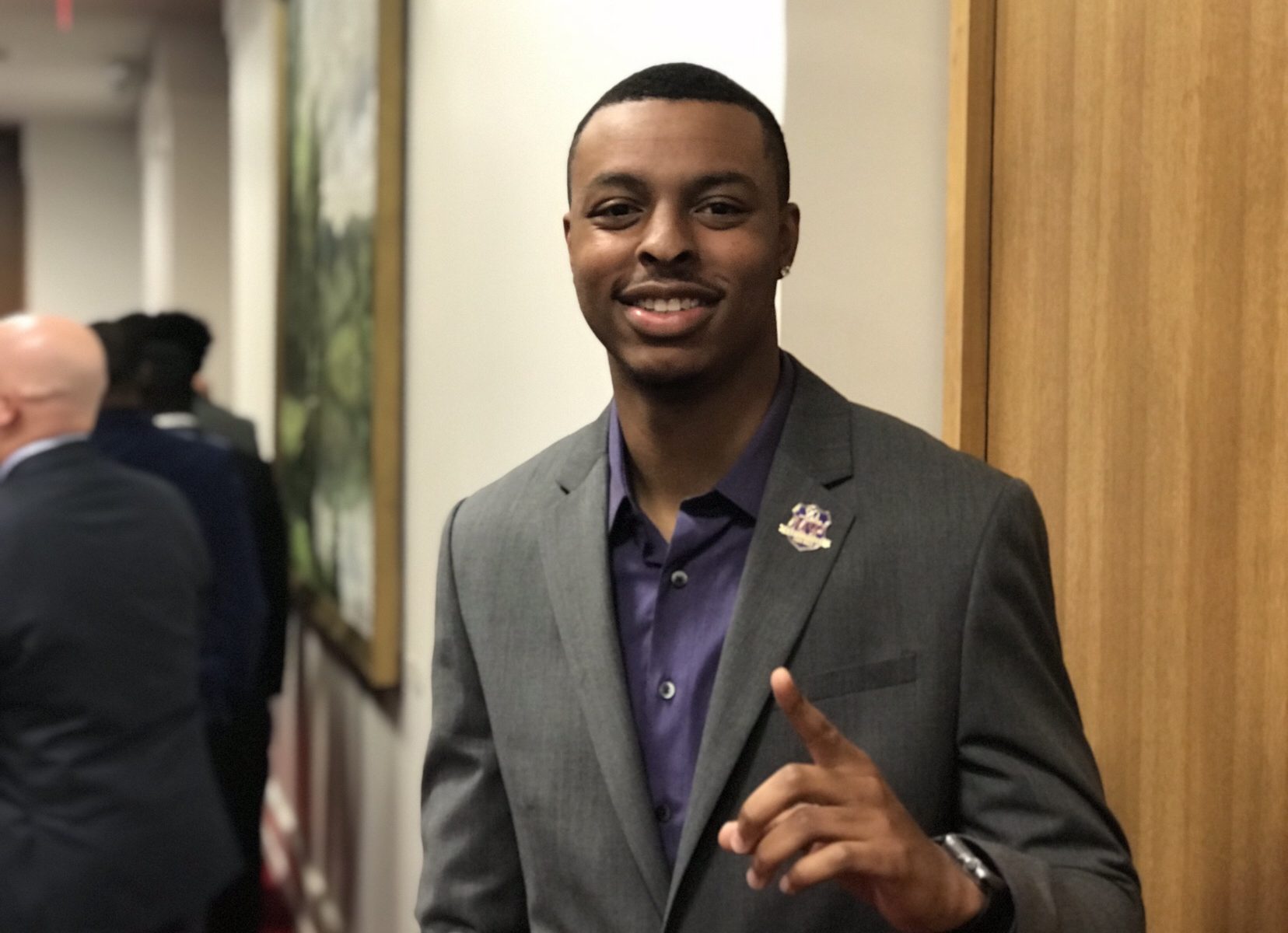 “It is a privilege to acknowledge the commitment to excellence and dedication to purpose embodied by these North Carolina A&T Aggies,” said state Speaker of the House Tim Moore (R-Cleveland).

“Their athletic and academic prowess sets a strong example for citizens across North Carolina. We honor them today for their success on the football field, their commitment to the classroom and the character they display in their local community.”

The Aggies are the first team in MEAC history to finish a season undefeated.

“This team was led to an undefeated season by he who I call ‘The Master-Mind of Market Street,’ Coach Rod Broadway,”  said state House Rep. Amos Quick (D-Guilford) from the floor of the House.

Coach Broadway retired at the end of the season and leaves an enormous legacy at the institution.  Reives represents the university area in the state General Assembly.

“Ladies and gentlemen, you are looking at scholars and future leaders,” Quick continued.  “You are looking at the future of North Carolina standing right before you.  So to you young men, we say to you, thank you for what you have done, and we will be watching you to see the great things you will continue to do with North Carolina A&T as your launching pad.”

“Congratulations to the A&T football team on their incredible success this season,” said Rep. Jon Hardister (R-Guilford).  “They have made North Carolina proud and it is fitting for the General Assembly to recognize their achievement. Their success is a testament to hard work, dedication and determination that they have displayed on and off the field.”