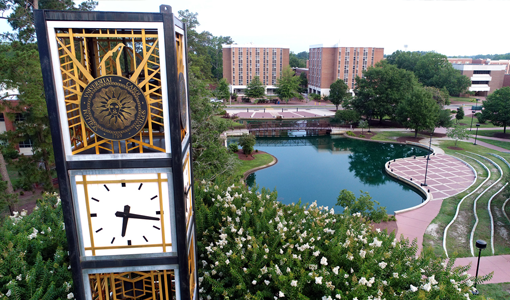 Raleigh, N.C. – Bipartisan budget investments to fund record growth at UNC Pembroke and its N.C. Promise program guaranteeing $500 in-state tuition will be highlighted by state House Speaker Tim Moore (R-Cleveland) in a visit to the university on Thursday.

The bipartisan budget approved by the General Assembly commits $91 million for construction of a new health science center on the UNC Pembroke campus.

It also increases the appropriation for N.C. Promise, the low-cost tuition program that is credited with driving record enrollment growth at the Robeson County university and two others in the UNC system.

The Public Schools of Robeson County also received a $25.7 million appropriations for capital projects in the vetoed state budget, while Robeson Community College is waiting for $6.5 million of capital funds.

Other critical budget investments committed to Robeson County but currently blocked by the Governor’s veto include a $1 million directed grant to the Town of Pembroke for water infrastructure upgrades.

The rapid growth of UNC Pembroke’s enrollment created an urgent need for the infrastructure improvements to support the region’s increasing population.

The Pembroke Rescue Squad would have received $125,000 under the bipartisan budget, while a directed grant of $137,807 to Robeson County for court pilot programs is also blocked.

The Robeson County Sheriffs’ Office would receive a $75,000 grant and other grants would benefit services in local emergency management, career centers, and telehealth programs.

Speaker Moore and state lawmakers will tour the UNC Pembroke campus, meet with university officials, and update members of the press on efforts to pass a state budget benefiting education campuses across North Carolina.