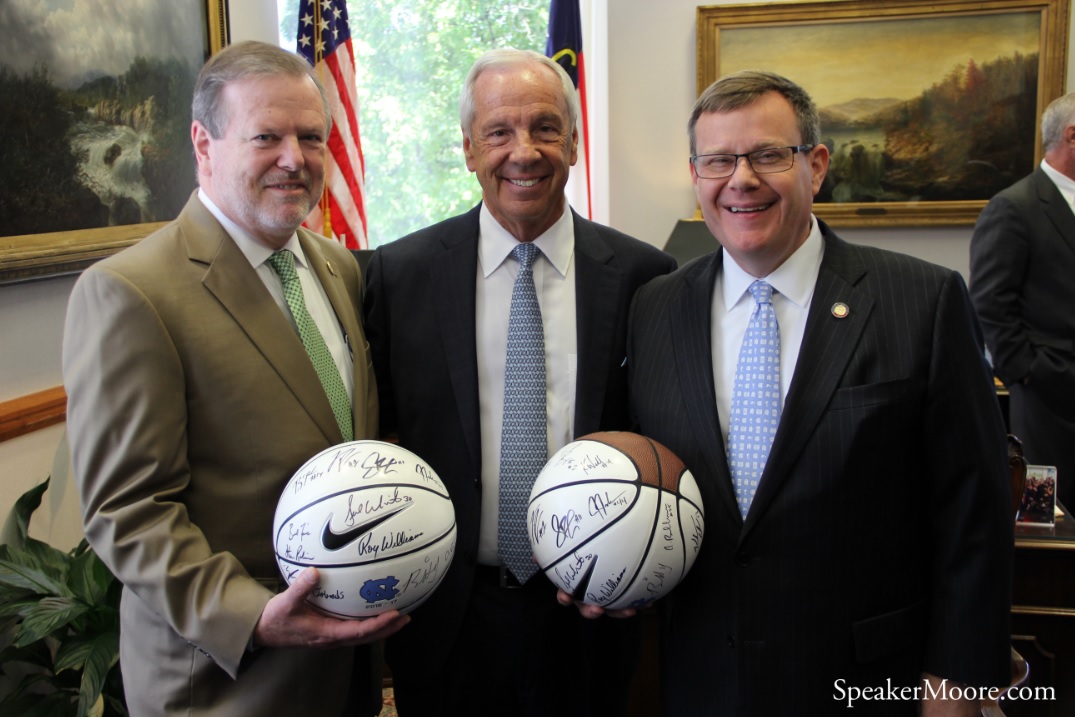 Raleigh, N.C. – The North Carolina House of Representatives welcomed players and coaches from the 2017 NCAA Men’s National Championship team on Wednesday, hosting a joint session with the state senate to recognize the University of North Carolina at Chapel Hill Tar Heels for their historic title run this season.

The championship marks head coach Roy Williams’ third national title at his alma mater and makes him the first basketball coach at the University of North Carolina at Chapel Hill to win three national championships at the school.

The North Carolina House and Senate both approved House Joint Resolution 921 Honor UNC Men’s Basketball 2017 Championship to recognize the team’s accomplishments and express admiration for their hard work on behalf of the citizens of North Carolina.

“This Tar Heel team holds a special place in the history books of college basketball for their unforgettable run to redemption and return to championship glory in 2017,” said House Speaker Tim Moore.

“These players represented their school, their state and the citizens of North Carolina with extraordinary heart and determination on the court while completing one of the greatest comeback stories in the history of college sports.”

“Thank you to Coach Williams and the ‘Redeem Team’ Tar Heels for visiting the North Carolina General Assembly today.  I could not be prouder to welcome and congratulate the players and coaches from my alma mater on winning the 2017 NCAA Men’s Basketball National Championship.”