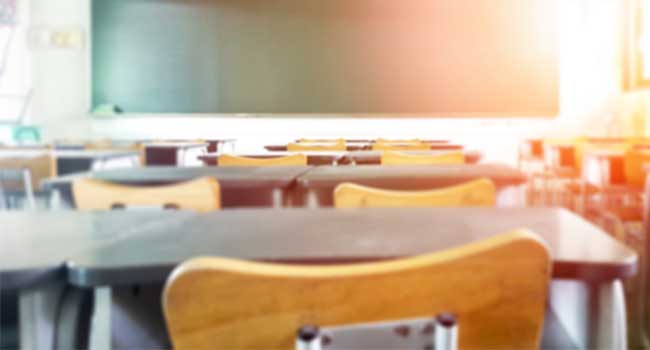 Raleigh, N.C. – Additional pay raises for educators and instructional support personnel in North Carolina’s public schools, universities, and community colleges were approved by the state House of Representatives on Thursday by a bipartisan 62-46 vote.

Senate Bill 354 Strengthening Educators’ Pay Act provides pay raises already included in the bipartisan state budget that was vetoed by Governor Cooper in June. Those raises would take effect immediately upon passage into law and be retroactive to July 1, 2019.

The bill further provides additional pay increases to those approved in the state budget that will take effect when House Bill 966, the vetoed bipartisan budget, becomes law.

North Carolina has passed 18 states in teacher pay rankings after five consecutive pay raises from the Republican-led General Assembly, according to the National Education Association.  Over 44,000 teachers in North Carolina – nearly half – received at least a $10,000 raise since 2014.

Leaders in both chambers of the state General Assembly announced a consensus agreement this week to invest a significant portion of those increased collections in education salaries.

The educator pay raises provided in the event House Bill 966 becomes law are as follows:

·    Community college employees: 4% over the biennium.

The bill also includes bonuses for veteran teachers and tuition grants for graduates of the North Carolina School of Science and Mathematics to encourage those students to attend college in the UNC system. .

The combined total appropriation for educator salary increases this week in the General Assembly – including the approved step pay raises, raises from the state budget, and raises in S.B. 354 – totals $640 million.

“Republicans have remained committed year-after-year to pulling North Carolina teachers out of the bottom of the national pay rankings they were left in by previous leadership last decade,” said state House Speaker Tim Moore (R-Cleveland).

“These are real results – not rhetoric – that required smart long-term financial management of our state budget.  I’m proud of my colleagues that their efforts continue to reward educators who make a difference in the lives of North Carolina students every day.”

“This bill will enact the raises immediately that were in the budget, so that on November 30 our employees can get back pay from the two-and-a-half months it has been frozen this year,” Rep. Elmore said Thursday.

“We had a bill yesterday just to unfreeze the step increases, what our teachers expect and rely on, yet many people voted against it, and voted to keep those step increases under lock down and block them.  You’re affecting people.  Pay is frozen right now, and some are willing to keep it frozen.  For how long, for a year, for two years?  We can do something right now to put more money in the pocket of a teacher.  Pass this bill.”