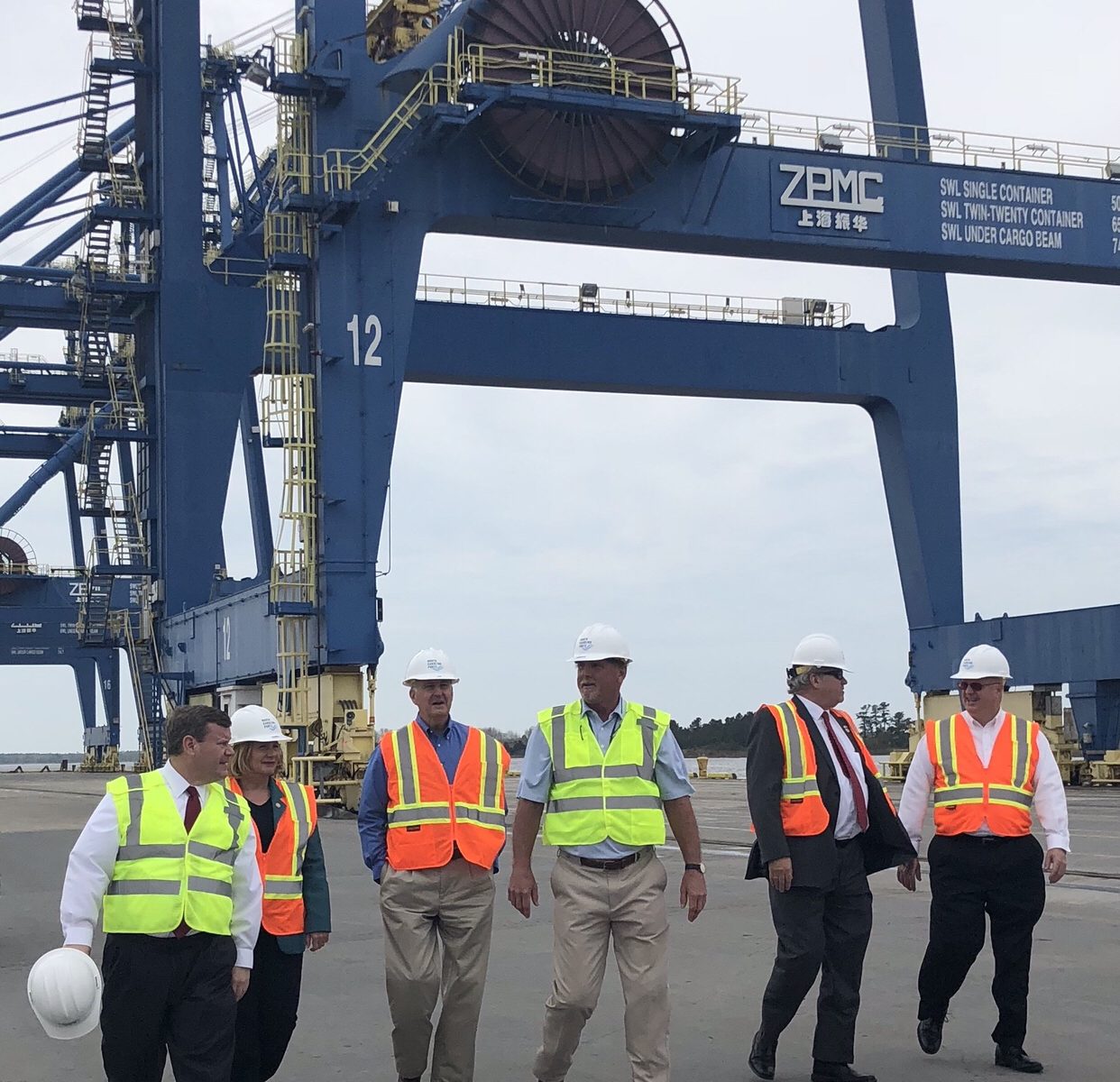 The cranes cost $33.8 million, weigh more than 1,500 tons each, and allow the Port of Wilmington to service bigger cargo ships.  A third crane will arrive later this year.

Prior to 2015, the NCSPA received no recurring appropriations from the state General Assembly.  In 2016 and 2017, the legislature began providing recurring annual appropriations of $35 million to expand the Port of Wilmington and purchase the cranes to increase the port’s economic potential for North Carolina.

For 2018 and 2019, that recurring annual appropriation to NCSPA increases to $45 million.

“The General Assembly made a long-term commitment to growing the Port of Wilmington and it’s amazing to see these incredible cranes in place,” said Rep. Holly Grange (R-New Hanover).

The funds have also been used to enlarge the ship turning basin, accommodate larger vessels and upgrade the Port of Wilmington’s berths to load and unload multiple freighters simultaneously.

“The hard work of the General Assembly is paying off for our state ports, a benefit that will help North Carolina’s economy continue to grow from the mountains to the coast,” said Rep. John Torbett (R-Gaston), a co-chairman of the state House Transportation Committee.

The annually appropriated funds can also be used for dredging maintenance in the future, according to the state budget.

“It’s critical that we continue to help the Port of Wilmington grow,” said Rep. Ted Davis (R-New Hanover).  “These cranes are only the beginning.”

“Our goal is to maximize the Port of Wilmington’s economic effect on not just the coast , but all of North Carolina,” said Rep. Frank Iler (R-Brunswick), co-chairman of the House Transportation Committee.  “It’s a proud day for the state to see these cranes in place.”