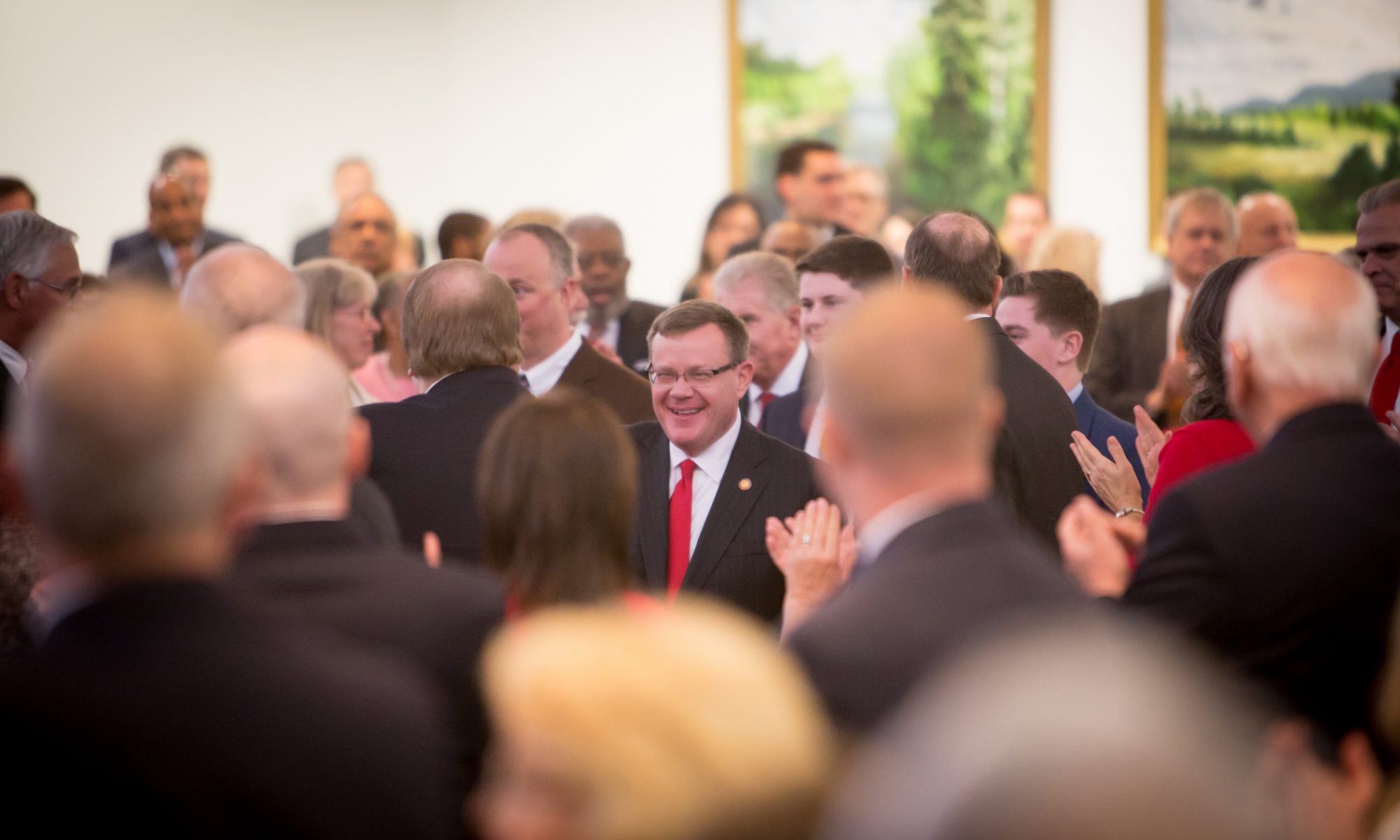 Raleigh, N.C. – The incoming Republican majority of the North Carolina House of Representatives unanimously reelected Speaker Tim Moore (R-Cleveland) by acclamation on Wednesday to a third term as the presiding officer of the chamber in the 2019-2020 legislative biennium.

First elected to the state House in 2002, Moore is entering his ninth term serving Cleveland County in the North Carolina General Assembly.  He lives in Kings Mountain, N.C.

“We will maintain North Carolina’s pro-growth policies that have grown the state economy, kept our promises to taxpayers, and prioritized public education to build the very best state in the nation for families and businesses.”

The North Carolina House of Representatives has lowered taxes and raised teacher pay in all four years of Speaker Moore’s tenure.  The state has appropriated over $1 billion in disaster aid for the victims of Hurricanes Florence and Matthew since 2016 after saving a record rainy day reserve.

Speaker Moore thanked his legislative colleagues for their continued support and credited the hard work of the state House for North Carolina’s economic resurgence:

“There is no more dedicated group of elected officials anywhere in public service today than my fellow House members who sacrifice and contribute so much on behalf of a better North Carolina,” Moore said.

“It is a great honor to continue serving the citizens of North Carolina alongside my colleagues in the House of Representatives.”