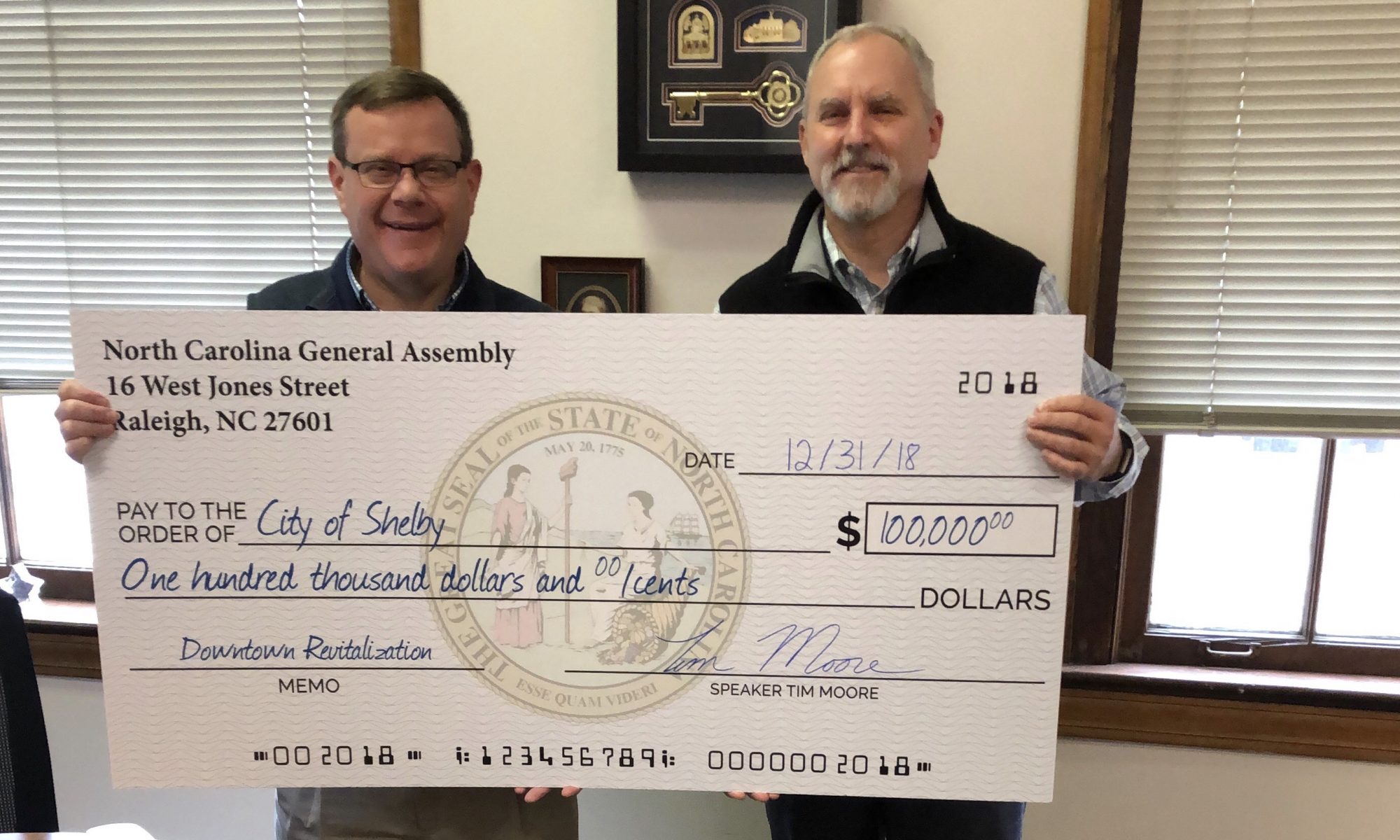 The city plans to use the downtown revitalization funds for construction of its Fallen Heroes Memorial honoring first responders from Shelby who lost their lives in service to the public, according to Mayor Stan Anthony, the

“The memorial will recognize and pay tribute to those public safety personnel who made the ultimate sacrifice in the line of duty,” Mayor Anthony said.

“The City of Shelby is most appreciative of the downtown revitalization grant received to assist with the construction of the Fallen Heroes Memorial in uptown Shelby.  The memorial is funded in part by this grant, the City of Shelby, as well as other contributing agencies.”

“For three consecutive years Cleveland County has received national recognition as a top-5 community for job growth and new economic investments,” Moore said, pointing to a study of the top micropolitan areas in the country by Site Selection Magazine.

“We’ve proven that Shelby is a promising investment to promote economic success that benefits North Carolina as a whole, and what better way to promote our historic downtown communities than a memorial to fallen heroes who sacrificed everything to keep us safe.”

Read more about Shelby’s plans for a Fallen Heroes Memorial and park.