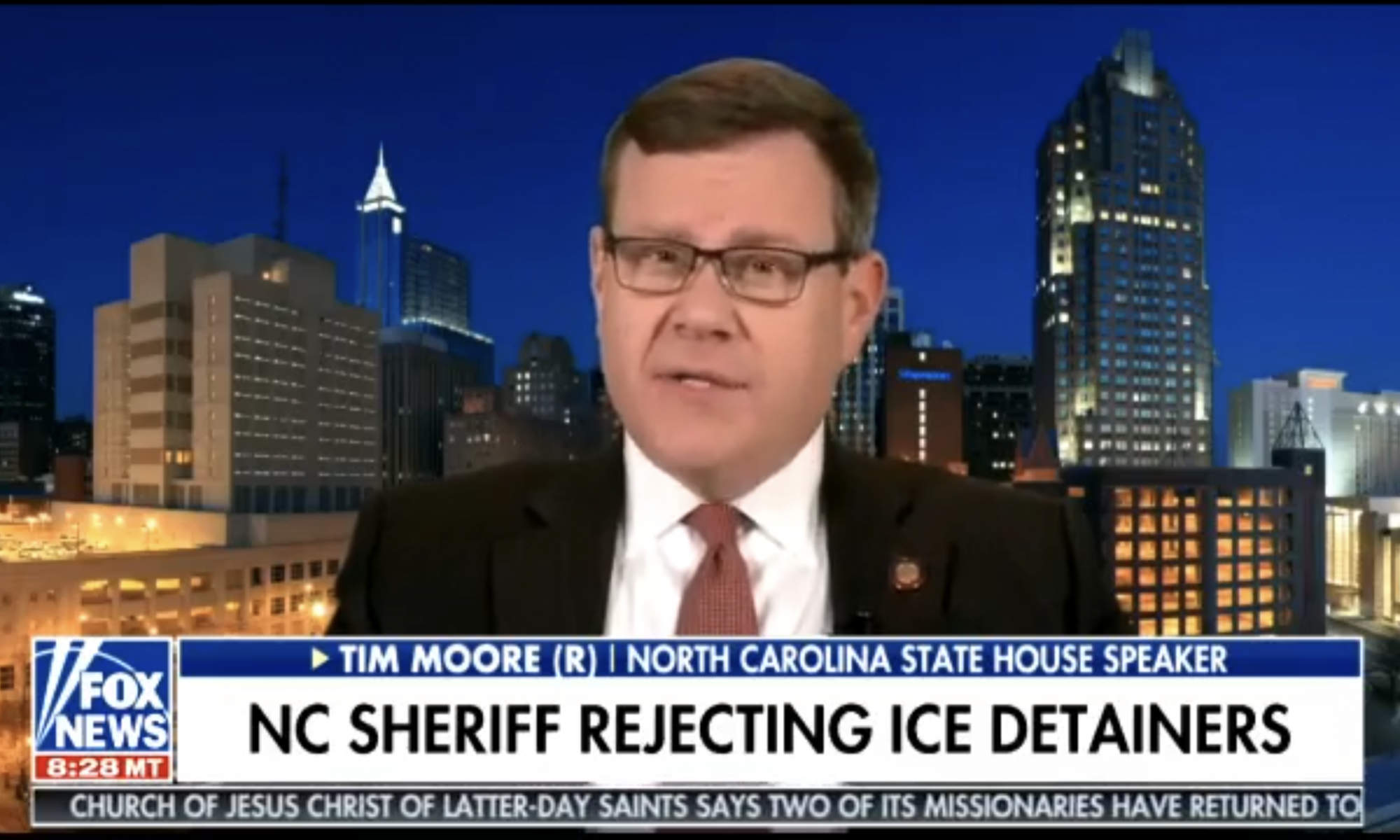 Raleigh, N.C. – Fox News host Laura Ingraham invited state House Speaker Tim Moore (R-Cleveland) on Wednesday’s episode of “The Ingraham Angle” to discuss legislation that would require “sanctuary sheriffs” in North Carolina to fulfill detainer requests from the Department of Homeland Security for illegal immigrants already in jail and charged with a crime.

Thanks Fox News and Laura Ingraham for covering North Carolina sanctuary sheriffs, who have already released criminals who are illegal immigrants charged with crimes including assault on a law enforcement officer, sex offenses, and indecent liberties with a child, in defiance of detainer orders from the Department of Homeland Security. H.B. 370 Require Sheriff Cooperation with ICE would require sanctuary sheriffs in North Carolina to cooperate with their fellow officers to fulfill detainer requests and grant access to local confinement facilities for immigration enforcement.Thanks to Representative Destin Hall, Rep. Jason Saine, former sheriff Carson Smith for NC House, and Deputy Majority Leader Brenden Jones for their leadership with this legislation.

“It’s just irresponsible for any official, particularly a law enforcement official, to in any way advocate releasing someone who is a criminal, who committed a crime, back out onto the streets, who should not even be here,” Moore said of the refusal to honor ICE detainers for illegal immigrants.

H.B. 370 also allows any private citizen who resides in a jurisdiction they believe is not in compliance with the proposed law to bring an action for declaratory or injunctive relief to enforce its provisions and require cooperation with federal officials.

Courts could also impose civil penalties up to $25,000 per day against any city, county, or law enforcement agency that fails to comply with federal detention orders.

Currently sheriffs in Wake, Mecklenburg, and Buncombe counties – some of the largest jurisdictions in the state – are refusing to cooperate with federal immigration officials in the Department of Homeland Security.

“This is having real results,” Moore said of an increasing number of law enforcement agencies nationwide refusing to cooperate with federal immigration officials.  “Some of the folks that we’ve seen already in North Carolina in these counties where some of these sheriffs have done this, are people who assaulted law enforcement officers, are people who committed sex offenses.”

Rep. Hall is chairman of the House Judiciary Subcommittee on Criminal Matters as well as the House Elections Committee, Rep. Jones is the Deputy Majority Leader of the North Carolina House, and Rep. Saine is a Senior House Appropriations Committee co-chair.

Rep. Smith is a freshman legislator who served sixteen years as the Sheriff of Pender County.