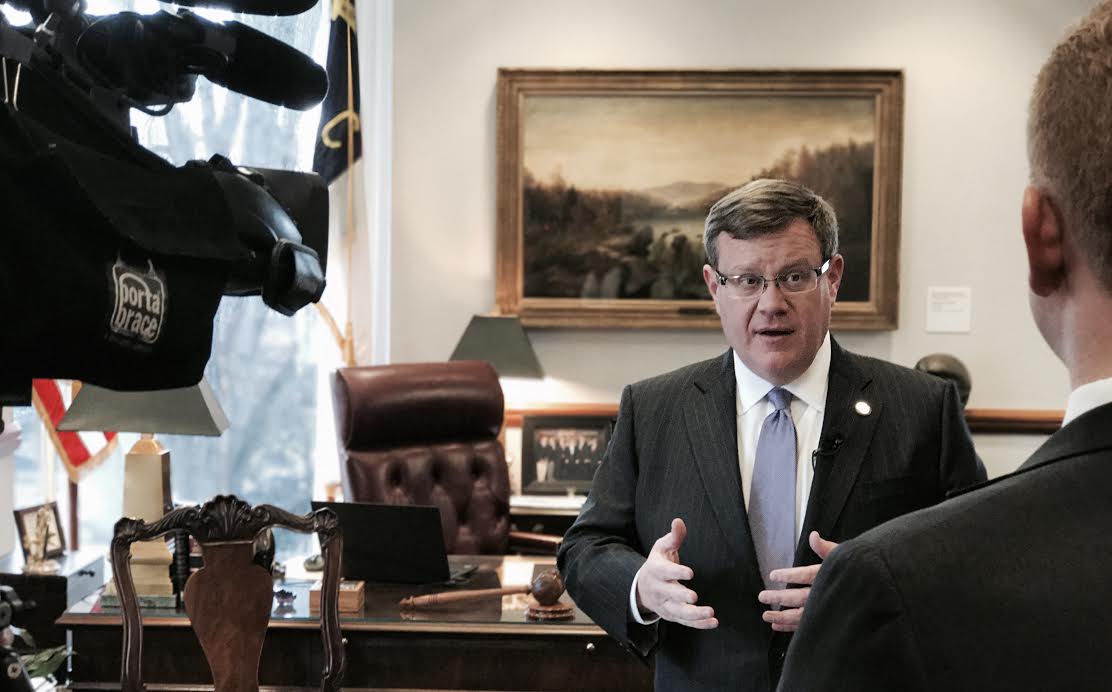 Moore to file a $1.9 billion public education bond bill in 2019 and travel the state to gather support for school capital investment

Raleigh, N.C. – Following his nomination for a third term as Speaker of the North Carolina House of Representatives this week, Speaker Tim Moore (R-Cleveland) said he would file legislation and travel the state in 2019 to support the legislature’s second public education bond in three years.

A new $1.9 billion public school bond should be approved by the state General Assembly in the 2019 legislative session and be considered by voters in a 2020 ballot referendum, Moore said, vowing to travel North Carolina in support of new school capital investments.

“Education is what matters most to families and businesses – to the private and public sectors alike – and North Carolina is poised to build on historic commitments to our schools with another long-term investment in capital construction for our rapidly growing student population,” Moore said.

“Our state’s explosive growth over the past decade brings opportunities and challenges for our school systems.  The state General Assembly must continue to meet those needs with investments in our future.”

“As State Superintendent, I know first-hand the needs in our communities for school improvements,” Johnson said.  “Together, we have launched innovative programs that use lottery funds to build new schools in our rural counties as well as public-private partnerships to build new schools.”

“I am excited about giving voters the option to approve more funding to support school infrastructure across our state.”

North Carolina is in a strong fiscal position with unanimous AAA credit ratings, consistent revenue surpluses and a strong record of savings.

“Education spending is moving in the right direction as we spend billions more on schools annually than just a few years ago,” Moore said, “while lottery funds are finally prioritized to communities that need them most under North Carolina’s new Needs-Based Public School Capital Fund.”

Grants for smaller counties with economic challenges should not require a local match, Moore said, while larger school systems should provide matching funds.

Counties that recently approved local school district bonds should be permitted to allocate funds from a new statewide education bond to cover financing fees and costs from those prior commitments, Moore said.

“North Carolina’s education communities can continue to reap the rewards of smart investments that put schools first with forward-thinking commitments to K-12 classrooms and institutions of higher learning,” Moore said.

A focus on workforce training should drive bond grants for community colleges and universities, Moore said, including workforce development IT infrastructure, capital facilities for career and technical educations with a STEM focus, and renovation and modernization needs targeted to meet local workforce demand.

“The critical skills and certifications our workforce needs for the high-paying jobs of today are being taught in North Carolina community colleges and universities that are the economic engine of our state’s growth,” Moore said.

“Remaining the best state for business requires that we continue to offer cutting-edge education opportunities for everyone in North Carolina.”

Building on Historic Commitments to Education in North Carolina

The state General Assembly has passed five consecutive teacher pay raises – including every year of Speaker Moore’s tenure – investing the third largest salary increases in the nation since 2013-14 according to the left-leaning National Education Association.

In 2016, North Carolina voters approved the $2 billion ConnectNC bond to build 21 new science, technology, engineering and math (STEM) facilities on UNC campuses.  The ConnectNC cash flow will accelerate to more than $40 million per month in capital funds for the new buildings in 2019.

The state legislature also provided tens of millions of dollars in hurricane relief aid in 2018 to school systems affected by Hurricanes Florence.  The 2018 state budget directed an additional $700 million more to public education over the next two years.

Other historic investments in education under Speaker Moore’s leadership include tens of millions of dollars in school safety initiatives provided in the 2018 state budget and a new Advanced Placement Partnership (NCAPP) that funds college credit exam fees for families.

The North Carolina General Assembly will spend more than $50 million on NCAPP by 2019 and student participation and performance on AP exams have increased substantially under the program.

Speaker Moore’s office will provide more details on his education bond proposal in the coming weeks.