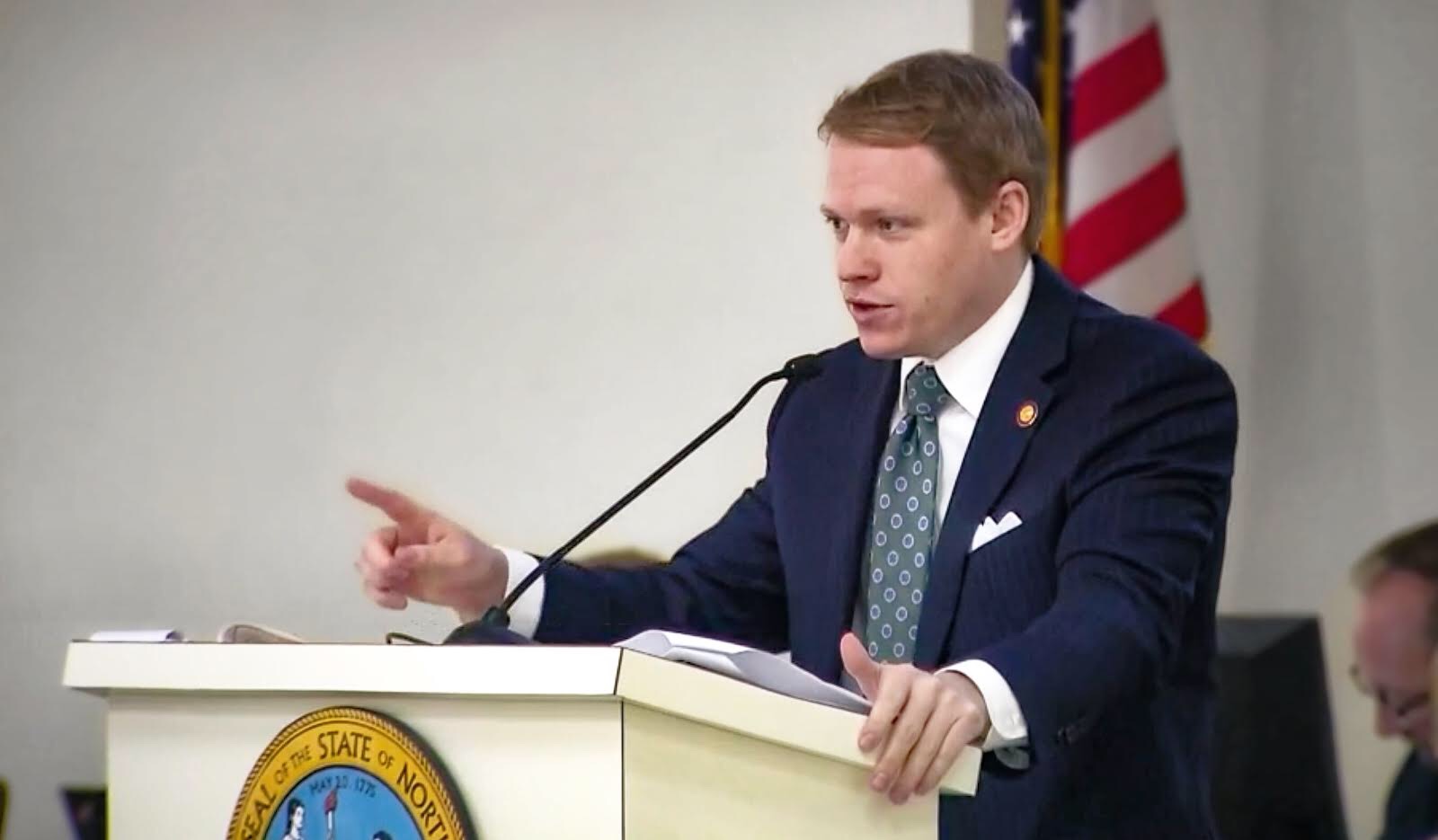 Raleigh, N.C. – Rep. Destin Hall (R-Caldwell) was appointed co-chair of the North Carolina House Committee on Rules, Calendar, and Operations of the House on Monday by Speaker Tim Moore (R-Cleveland).

All legislation that is approved by the state House of Representatives first passes through the House Committee on Rules, Calendar, and Operations of the House.

First elected to the General Assembly in 2016, Rep. Destin Hall is a general practice attorney in Lenoir, N.C. who attended Appalachian State University and the Wake Forest University School of Law.

Rep. Hall was a primary sponsor of the Bipartisan Elections Act of 2020 and a constitutional amendment protecting crime victims’ rights that was approved by North Carolina voters in 2018.

He was also the primary sponsor of legislation approved by the House of Representatives to protect property owners from eminent domain, create criminal offenses for causing death by distribution of opioids, and to require local law enforcement compliance with criminal detainers issued by the Department of Homeland Security (DHS).

“Chairman Hall quickly distinguished himself as a young House lawmaker who can address a broad range of complex issues and forge bipartisan policy solutions to matters before the legislature, and we are fortunate to add his legal acumen to this important leadership position,” Speaker Moore said.

“Having previously chaired committees with Rep. Hall, I know he possesses tremendous leadership capabilities that will benefit members of the House of Representatives and the North Carolinians they serve,” Chairman Lewis said.

“I appreciate the Speaker providing this opportunity to serve North Carolinians in a new role and Chairman Lewis’ confidence in my abilities, as the legislature continues to support families at a critical time in our state’s history,” Chairman Hall said.