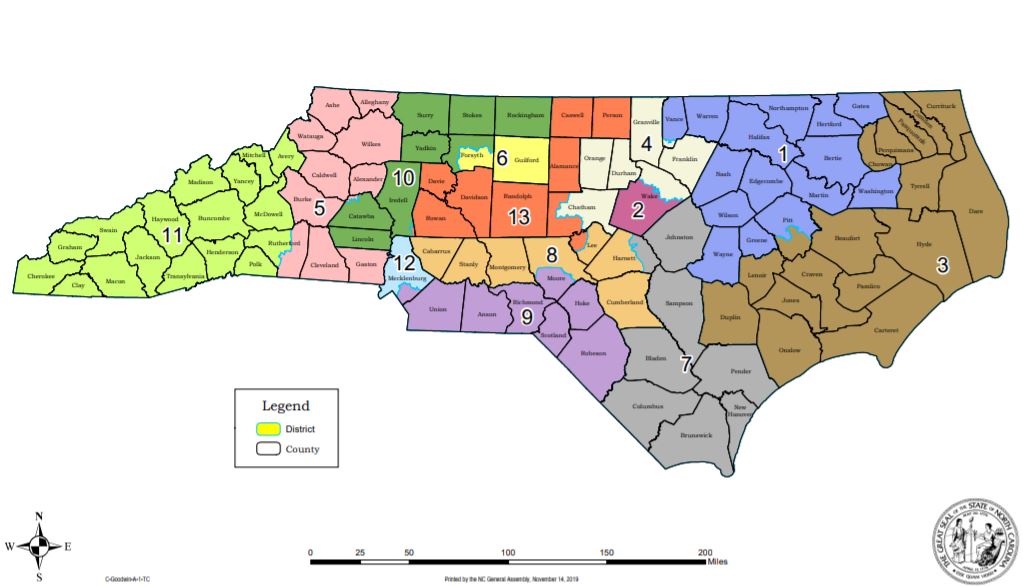 Raleigh, N.C. – The state House of Representatives approved new Congressional election districts for North Carolina on Thursday following another transparent process of redistricting by a joint General Assembly committee that received public comment after a week of meetings live-streamed for the public to view.

The approved districts strictly comply with nonpartisan redistricting criteria adopted by the joint committee last week, in a process similar to new election lines drawn for the state legislature that were unanimously approved by a three-judge panel in October.

The new Congressional map was drawn without any partisan data, is more compact and splits fewer precincts than current districts and other proposals submitted to the joint committee, Rep. Lewis said Thursday.

“This is a map you can vote for and feel proud that you have done a good job in providing legislative districts for the U.S. House in North Carolina.”

Rep. Lewis also said it was essential that the primary elections for the U.S. House be held with the presidential primary, and not delayed into a special election, to avoid reduced turnout for a Congressional special election.

“This map and its transparent process will allow candidate filing to open on time and for people to vote in the March primary to select the candidate of their choice for the U.S. House to represent their party in the Fall election,” Lewis said.