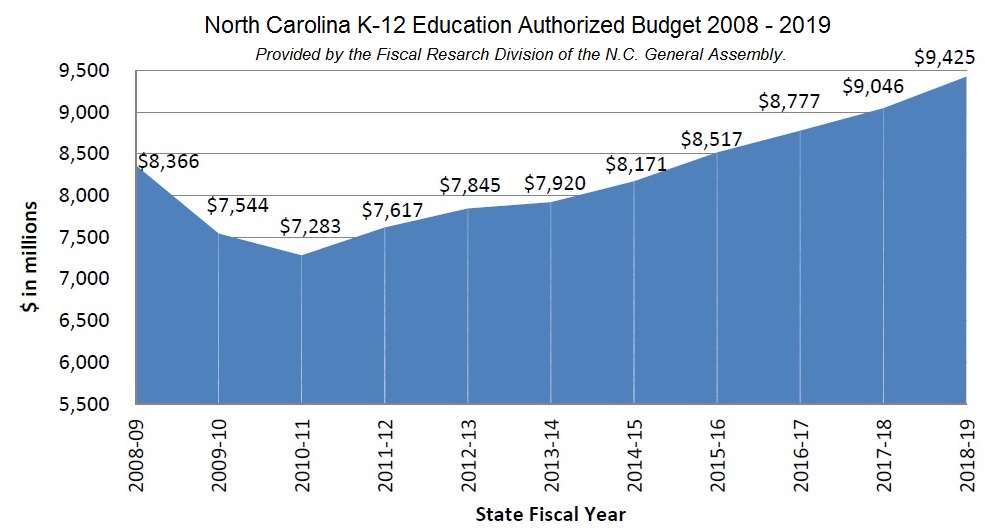 Raleigh, N.C. – Public education spending is rising rapidly in North Carolina under Republican leadership, according to a visual analysis released by the state’s nonpartisan Fiscal Research Division this week.

North Carolina Republicans increased K-12 education spending by hundreds of millions of dollars in every state budget since 2011, according to the analysis.

The state now spends billions more on K-12 public schools annually compared to 2010, the year prior to Republicans gaining majorities in the General Assembly.

In March 2017 the state had the fastest rising teacher pay in the nation since 2014.