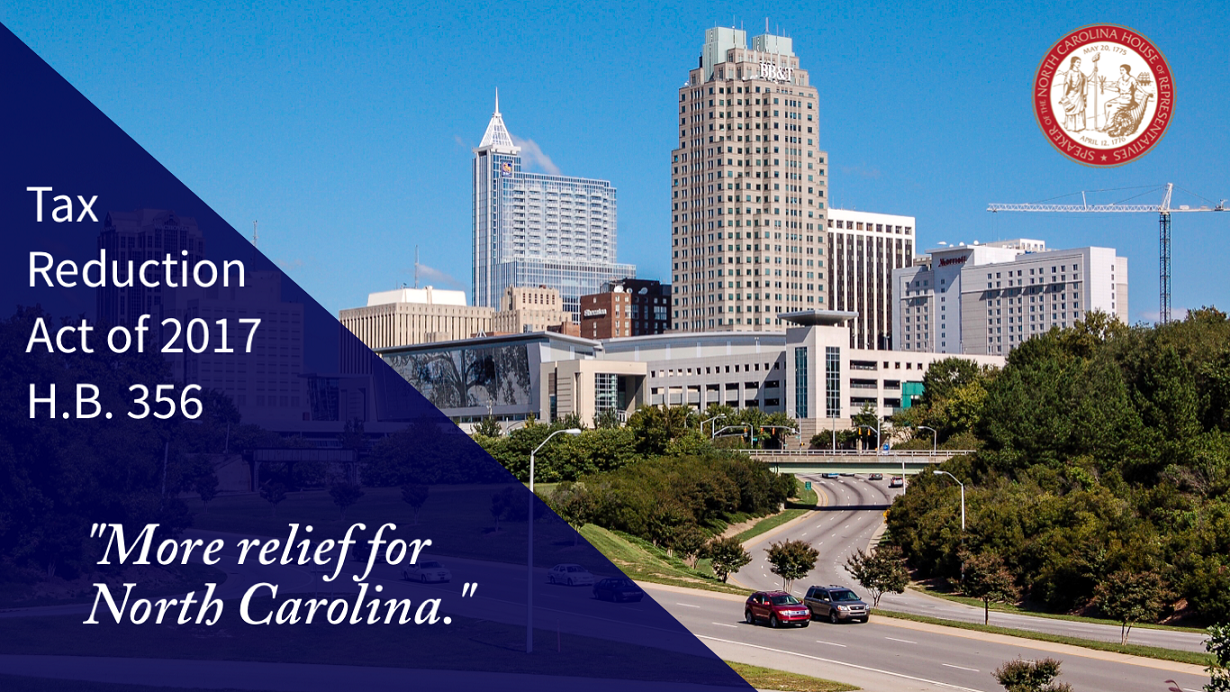 Raleigh, N.C. – Republicans in the North Carolina General Assembly will pass more tax cuts for middle-class families across the state this year, building on historic tax relief and reforms that have helped average and low-income earners keep more of their paychecks since 2013.

More than 30 members of the House Republican super-majority have co-sponsored the Tax Reduction Act of 2017.

The North Carolina Senate has already passed a billion-dollar tax cut plan of its own in Senate Bill 325.

General Assembly lawmakers are expected to negotiate a compromise tax cut as the 2017 state budget takes shape this legislative session.

Sponsored by four House Finance Committee chairs, the Tax Reduction Act of 2017 would leave even more money in the pockets of middle-class North Carolinians and let small businesses reinvest their earnings, creating jobs and economic growth.

The zero-tax bracket under Democrat control was only $6,000 for married couples and $3,000 for single filers.

“Republicans in the House of Representatives will continue providing tax relief to low-income earners, the middle class and small businesses in North Carolina this year,” said Speaker Tim Moore.

Background:
North Carolina Republicans have cut taxes for families and businesses by over $4.5 billion this decade, and the state reported a $552 million budget surplus in February 2017.