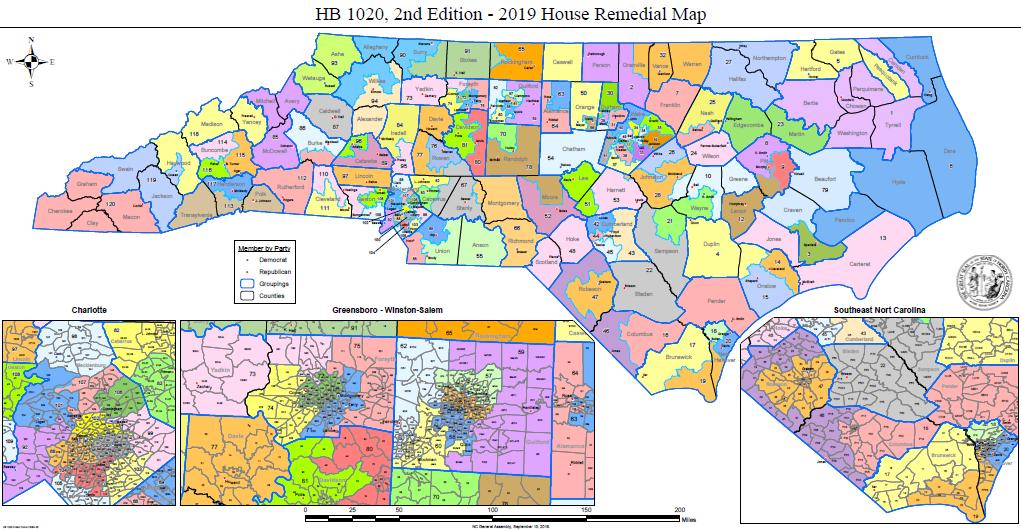 The state Senate approved its maps with a bipartisan supermajority vote

Legislators said in the filing the random selection of maps generated by Dr. Jowei Chen, the state Democratic Party’s redistricting expert whose name appears over 400 times in the court order directing the General Assembly to revise its districts, was an unprecedented and transparent process that successfully removed the potential for political bias.

Leaders of both parties also praised the process, with Republican and Democrat leaders releasing a joint statement calling it “the most transparent redistricting process in history. The maps produced in this room in the last several days are fair and nonpartisan.”

Both the state House and Senate redistricting processes were conducted in full view of a public livestream video feed, including streams of all computers worked on by members and staff throughout the committees.

Lawmakers noted the court put a great deal of the weight of its decision based on Dr. Chen’s nonpartisan computer-generated maps, and that’s why using his maps was the best approach to comply with its order.

“The choice of a Chen map also ensured that “[p]artisan considerations and election data” would not be used,” lawmakers wrote in the filing.

“The Court found that Dr. Chen did not program his plans to be drawn towards any partisan goals, so choosing one of them necessarily entailed the choice of a non-partisan map—as already approved by this Court. In addition, the General Assembly avoided even the appearance of partisan motive in choosing among the Chen maps because it relied solely on (a) Chen’s own formula to pick the best five maps under the non-partisan criteria and (b) the State Lottery Commission’s random drawing process to ensure a random choice among those five.”

“There is no colorable argument that the General Assembly or any of its members somehow picked the most favorable among Dr. Chen’s maps on a partisan basis.”

“The House adopted a general approach of altering the base map only to unpair incumbents drawn into the same district,” the court filing said.

“The motion to unpair incumbents was offered by Democratic Representative Floyd and was endorsed by a unanimous vote of the committee.”

“The committee attempted to make minimal changes while keeping in mind the court’s criteria. These changes were made by human efforts—a bipartisan team, almost always including the county’s legislative delegation, supervised the changes made by non-partisan Central Staff.  Within groupings, the Committee required districts that already contained a single member to remain unchanged.”

“The Committee did not have access to an algorithm or automated program to calculate the fewest mathematically possible changes, yet the effort proved successful…The votes on 12 groupings were unanimous…Only one prompted anything resembling partisan division.”

Consistent with the state constitution, lawmakers urged the court to refrain from judicially drawing districts given the broad bipartisan support for the nonpartisan process.

All of the new county groupings followed the court’s objective, nonpartisan criteria, and the court should approve all of them, lawmakers wrote.

If the court found issue with any county groupings, lawmakers wrote, the judges should simply return county groupings to the original districts generated by Dr. Chen’s nonpartisan computer-generated maps.

“To the extent the Court finds specific alterations to the base map, it should narrowly tailor its remedy by returning the specific objectionable lines back to their configuration under the base map,” lawmakers wrote.

“This should mean only a few lines affected in any grouping, and, at very most, the return of the grouping itself to its base-map configuration. There is no reason for the Court to draw its own lines.”