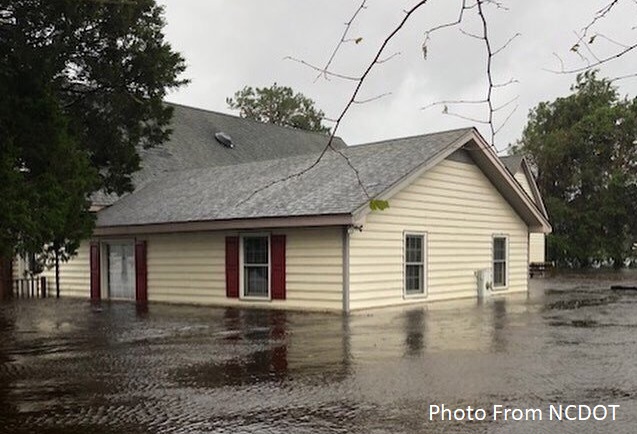 Charlotte-based WBTV also reported last summer that attempts to change the outcome of the bid process for administering CDBG-DR funds “meant another delay in a recovery effort that has been filled with them.”

As of April 2018 North Carolina spent $0 of $200 million in grant funds to rebuild homes damaged by Hurricane Matthew.  Updated figures released after PED’s report found the state spent only 3.1 percent, or $7.36 million, of those funds as of March 2019.

By comparison, PED reported, South Carolina had spent 22 percent of its block grant money that was awarded for Hurricane Matthew recovery at the same time North Carolina received its funding.

North Carolina failed to successfully complete and submit environmental impact studies for how the money would be spent as quickly as South Carolina, according to the PED report, which noted the state missed opportunities to leverage federal funds.

The House Select Committee on Disaster Relief held a series of meetings in 2018 to investigate delays in delivering CDBG-DR funds intended to fund repairs and resiliency construction of homes damaged by Hurricane Matthew.

In a letter sent to Speaker Moore last week, the committee’s co-chairs requested the House reauthorize the panel “to ensure relief finally gets to those who are in desperate need of help.”

“Nearly three years after Hurricane Matthew, far too many individuals, families and communities are still waiting for the help they were promised and deserve,” House Majority Leader John Bell (R-Wayne) and Deputy House Majority Leader Brenden Jones (R-Columbus) wrote to Speaker Moore on June 3, 2019, to request the committee’s reauthorization.

“The people of eastern and southeastern North Carolina deserve better.  They cannot afford any more delays and missteps.”

Speaker Tim Moore (R-Cleveland) agreed to reauthorize the House Select Committee on Disaster Relief to help ensure hurricane aid reaches those in desperate need of assistance as soon as possible.

The state General Assembly has appropriated more than $1 billion in state funding to assist storm victims through Disaster Recovery Acts in 2016 and 2017 and the Hurricane Florence Disaster Recovery Fund approved in 2018.

Congress approved a $19.1 billion package of disaster relief funds in early June that was signed by President Trump on Monday and includes additional hurricane recovery funds for North Carolina.