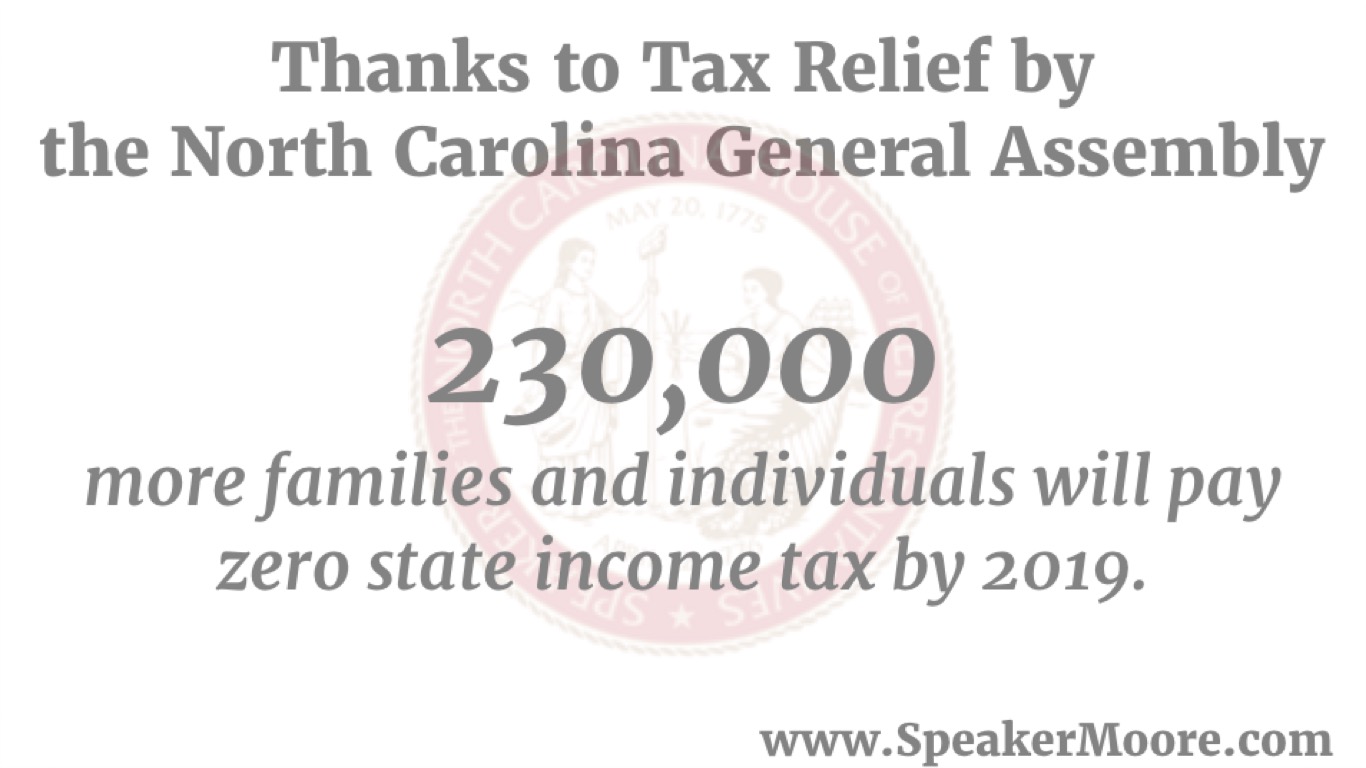 Raleigh, N.C. – The Fiscal Research Division of the North Carolina General Assembly projected this week that hundreds of thousands of low-income taxpayers will no longer owe any state income tax by 2019 thanks to several rounds of Republican tax relief.

A July 17, 2017 memo from the Fiscal Research Division’s head economist notes “of the nearly 4 million tax returns anticipated for tax year 2019, we estimate the number of returns will decrease an estimated 230,000 when compared with the expected number if the 2012 tax laws were still in effect. The increase in these no-tax-liability returns will be due primarily to the increase in the standard deduction.”

North Carolina lawmakers have tripled the standard deduction for married families filing jointly since 2013, an approach to tax relief that helps those who earn the least, the most, by significantly reducing or altogether eliminating the percentage of their income paid to the state.

“Helping hundreds of thousands of low-income North Carolinians no longer owe any income tax is an outstanding achievement that proves Republican tax reforms are providing relief to citizens who need it most,” said House Speaker Tim Moore (R-Cleveland).

“These include parents and young people, long-time residents and newcomers who will get a break from owing any income tax because we put average people first with relief that works for the workforce and helps low-income families keep more of their earnings.”