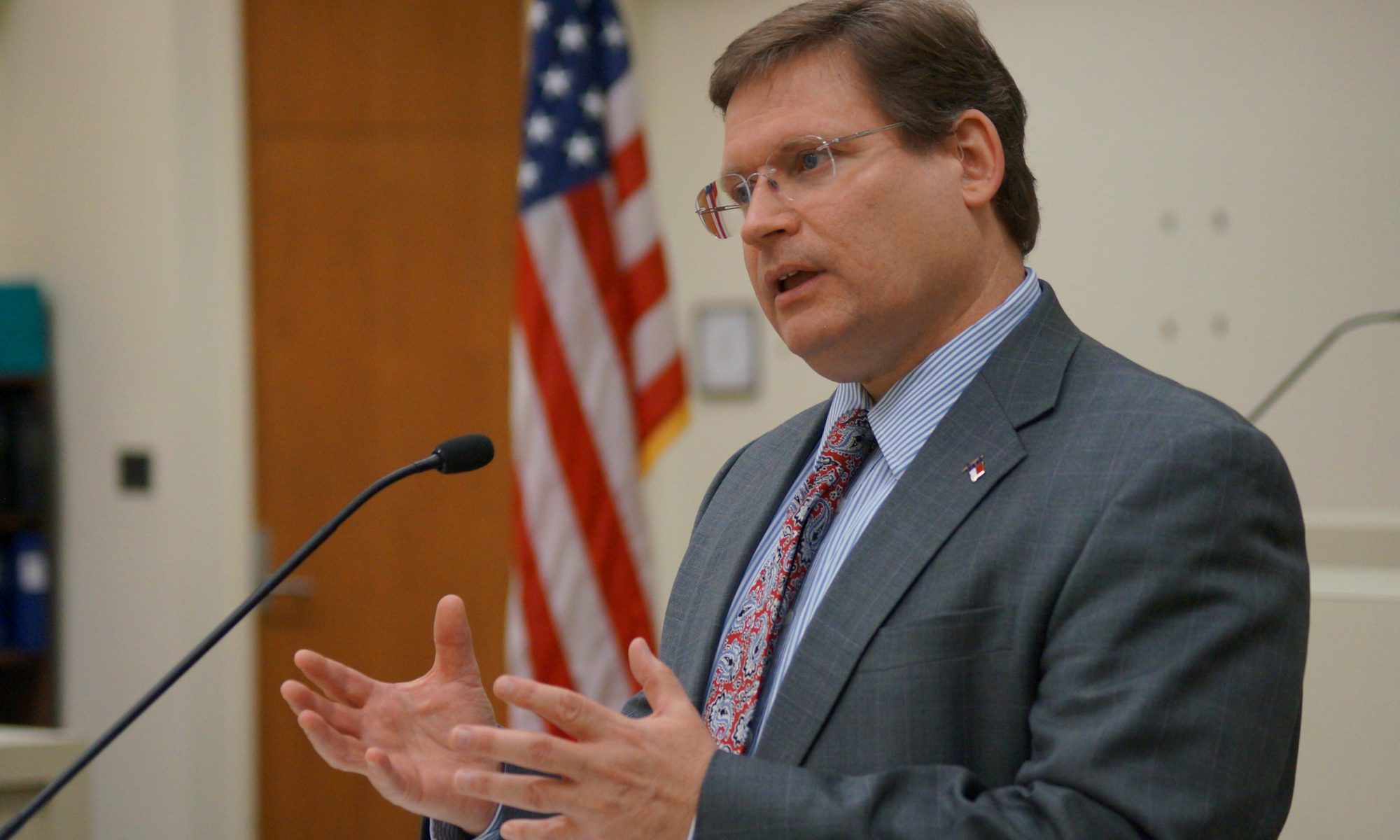 “We are now a dynamic state, a state that competes in a global marketplace,” said Senior Appropriations Chairman Nelson Dollar (R-Wake) in committee on Wednesday.

“I believe that this budget, on behalf of this House, furthers that competition to put our people in the best position globally to realize their dreams and be able to seize their opportunities and continue the wonderful quality of life that we enjoy and cherish here in North Carolina.”

“We are continuing to invest in good quality teachers by rewarding them for their invaluable contribution to education in North Carolina,” said House Speaker Tim Moore.  “This is the fourth consecutive year of teacher pay raises in North Carolina, but almost all state employees are getting a significant pay raise in this year’s House budget as well.”

“I’m very proud that the House continues to raise teacher pay and at the same time live within the budget, invest in core services and return savings to the taxpayers thanks to robust economic growth.”

“Proposing a great budget that invests wisely in government services while encouraging economic growth takes a combination of considerations; not simply whether to spend, save or cut taxes with our budget surplus,” Moore continued.

“This House budget ensures we are spending appropriately to fund all our needs, continuing to raise salaries for teachers and state employees, setting aside billions in savings and cutting taxes for hard-working North Carolinians too.”

“It’s appropriate that you invest in providing a quality infrastructure to continue to grow our economy, but the House Republicans are determined to get rid of waste, to make sure we are more efficient so we can return money to the taxpayers while saving for the future,” Moore said.  “This year’s House budget does all of that, and much more.”

“This budget puts us on track to regularize our savings and ensure those funds will be spent appropriately in future years to deal with disasters both natural and economic and future contingencies unexpected by the state,” said Senior Appropriations Committee Chairman Nelson Dollar (R-Wake) in committee on Wednesday.

“The Rainy Day Fund would now be $1.82 billion, the highest this reserve has ever been in our state.  We will certainly be looking to grow that so that when we do come to the next economic downturn this state will not be faced with a prospect of cutting vital services or raising taxes when people can’t afford to pay them.”

“Savings is important because you don’t know what the future holds,” said Speaker Moore.  “It’s the same as your family budget or my family budget, you don’t want to just spend everything you make.”

“You want to set aside for future needs – we know at some point there will be another natural disaster or the economy will turn and won’t be as strong as it is. The more we save in advance, the less we have to deal with downturns in the future by cutting the budget or raising taxes.”

“I’m proud of my House colleagues and their efforts for submitting outstanding budget proposal this year that maintains our proven approach to lowering taxes, investing in state employees and encouraging economic growth in North Carolina,” Moore said.

“Some always want to spend more and more money, and we know that’s not sustainable.  The one thing that is strangling our national economy is debt, but as a state, we are in great shape.”

“As North Carolina families and businesses know, there’s a stark difference between wasteful spending and smart investing of their hard-earned money,” said House Speaker Tim Moore.  “The Republican-led House of Representatives has produced a far better return on investment with our budget strategy this decade compared to the failed policies of last decade.”

North Carolina teacher pay rising faster than any state since 2014

North Carolina Republicans have cut taxes for families and businesses by over $4.5 billion this decade, and the state reported a $580 million budget surplus in the Spring of 2017.

State taxpayers now enjoy a lower and consistent 4.75 percent sales tax rate on all their purchases under Republican leadership, in addition to significant income tax reductions.

Last decade, Democrats raised sales taxes in 2003, 2005, 2007 and 2009 by billions of dollars on North Carolinians and still ended the decade billions in debt.

Despite being handed almost $2.5 billion in debt in 2011, Republicans in the North Carolina General Assembly repaid that obligation ahead of schedule.

Among states that have a corporate tax, North Carolina now has the lowest in United States.