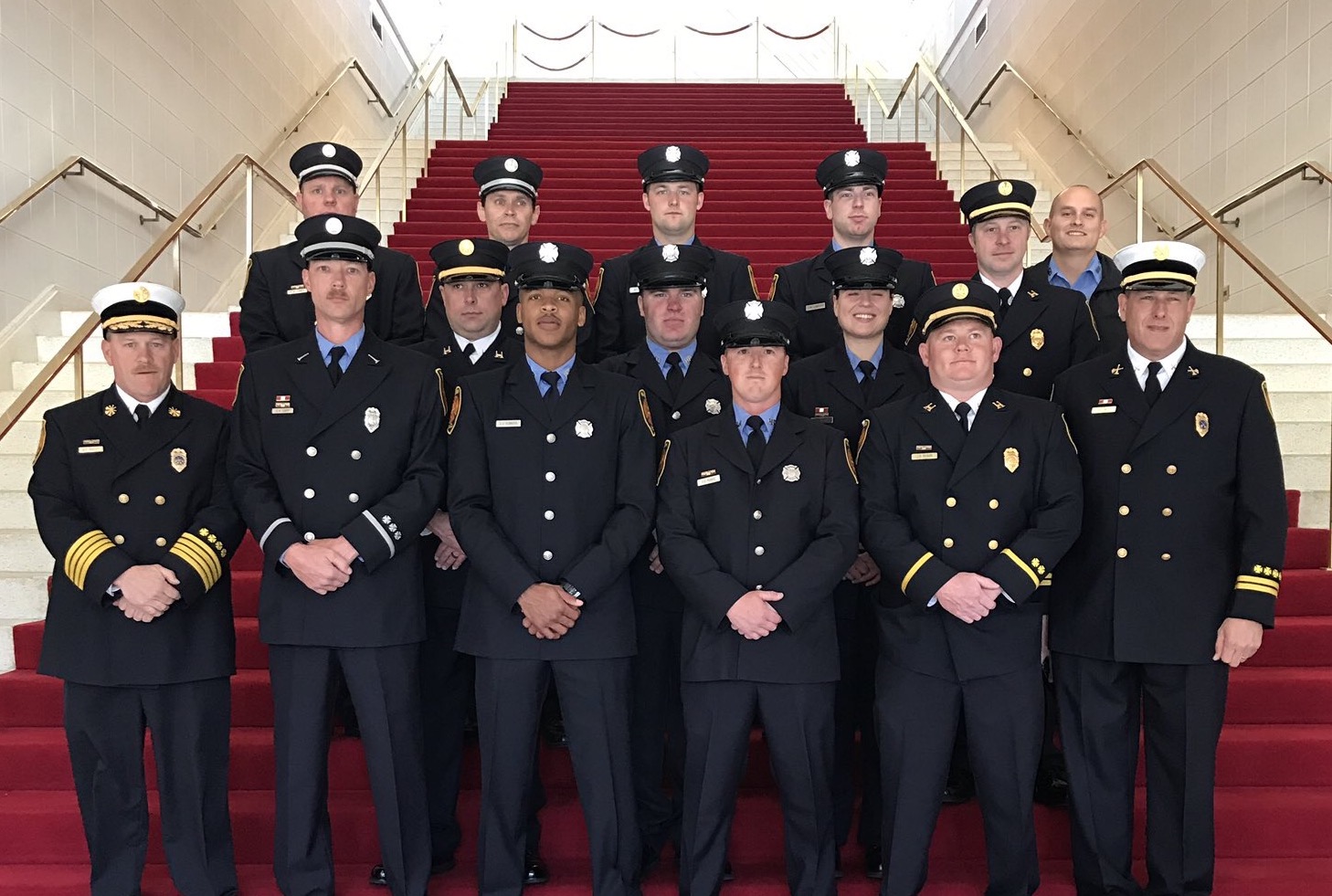 Raleigh, N.C. – The North Carolina House of Representatives recognized the heroics of local firefighters on Thursday in a floor session statement thanking them for their brave service protecting citizens from a burning building in downtown Raleigh last week.

The massive blaze consumed a construction site not far from the state General Assembly and other occupied apartment buildings but was contained by the Raleigh fire department and no one was killed or seriously injured, though one firefighter was treated for injuries from shattered glass.

“These firefighters saved lives in that unforgettable fire last week because of their daily dedication to training and risking their own well-being to protect others,” said House Speaker Tim Moore after touring the downtown fire station.

“I am so thankful for the heroics and brave work of all our firefighters across North Carolina  who serve our citizens with skill and distinction every day across the state. “

Rep. Richardson thanked the firefighters for their service in a floor statement  honoring the heroes:

WHEREAS, on Thursday, March 16, 2017, Raleigh, North Carolina, suffered a serious fire located in Raleigh’s Glenwood South district and within minutes the fire began to totally engulf a multistory structure and endangered other significant buildings nearby; and

WHEREAS, the Raleigh Fire Department (RFD) upon receiving the call, promptly arrived and responded in what can only be called its routine heroic norm and professionally began to control the extremely hot and dangerous fire; and

WHEREAS, the RFD’s efforts saved lives and also saved countless others from being displaced; and

WHEREAS, the RFD did not stop at the fire’s containment but stayed for several days, protecting our citizens from flare-ups and falling debris; and

WHEREAS, these firefighters continued to serve long after the fire was put out and, going without sleep, food, and relief, insisted on not leaving and made sure the fire did not re-start, no one suffered an injury, and no one’s personal property was vandalized; and

WHEREAS, after a constant vigil over the property and knowing that families were displaced, the RFD recognized that those residents wanted and needed to reenter their homes to retrieve essential medicines, secure valuables, and mementos, and be reassured that all was not lost; and

WHEREAS, on Saturday, March 18, 2017, after fighting the fire and securing the property and being exhausted but undeterred, the RFD acted with an extraordinary sense of compassion, remained on the property, and went beyond the call of duty to kindly assist worried and upset residents; and

WHEREAS, these fine responders continuously escorted numerous residents safely up and down dark, damp, and odorous stairwells often as high as 14 stories, never leaving the side of residents, carrying personal items and putting the needs of the residents first and foremost with giant shoulders to cry on, always doing so with a comforting smile and never a complaint; and

WHEREAS, the first responders of the RFD deserve recognition for their actions during this historic fire, specifically the following:

Now, therefore, not only are the first responders of the Raleigh Fire Department deserving of the title “First Responders,” they also deserve to be called “Compassionate Responders of our Capital City” and as such, merit our deserve deep respect and appreciation.