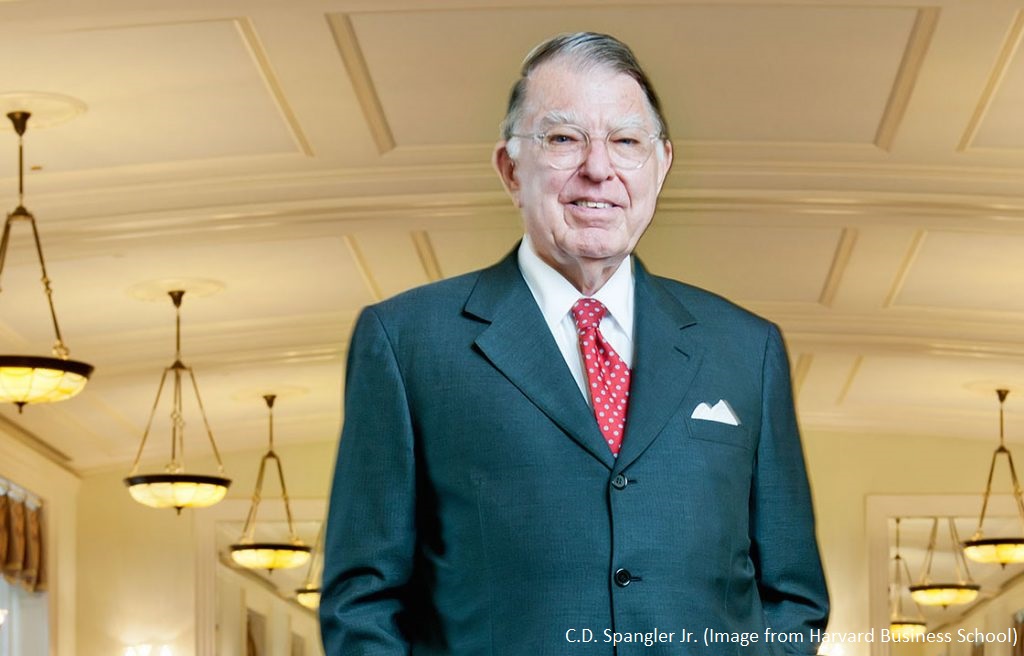 Raleigh, N.C. – Former UNC system president C.D. Spangler Jr., who passed away on Sunday at the age of 86, was remembered by Speaker Tim Moore (R-Cleveland) in remarks to the state House of Representatives this week prior to the body adjourning in his memory.

Clemmie Dixon Spangler Jr. was a brilliant business tycoon and philanthropist who led the state’s university system from 1986 to 1997.

Spangler also served on the Charlotte-Mecklenburg Board of Education, the State Board of Education, and the Governor’s Commission on Education for Economic Growth.  He is frequently remembered for his commitment to keeping tuition low for students in the UNC system.

Speaker Moore said Spangler was “one of the great icons of North Carolina.”

“I had the privilege of meeting President Spangler as a student at UNC, and then got to know him well when I was a member of the Board of Governors,” Speaker Moore said.

“His family is originally from Cleveland County and he still has a lot of relatives there. He was quite an amazing man.  He was self-made, growing up working in his father’s business, a banker, a philanthropist.  The work he did when it came to the schools in Charlotte in the 70’s showed his commitment to public education.”

“As a person who hailed from very humble roots and cared a lot about the least of these, he was certainly one of the great icons of North Carolina.  I know those of us in this room and those around this state have very fond memories and appreciation for the many years and efforts of President Spangler, and for the support of his family.”

“So today when we do adjourn, we will adjourn in his honor and memory.”

Spangler is survived by two daughters, Abigail Spangler and Anna Spangler Nelson, and his wife, Meredith.