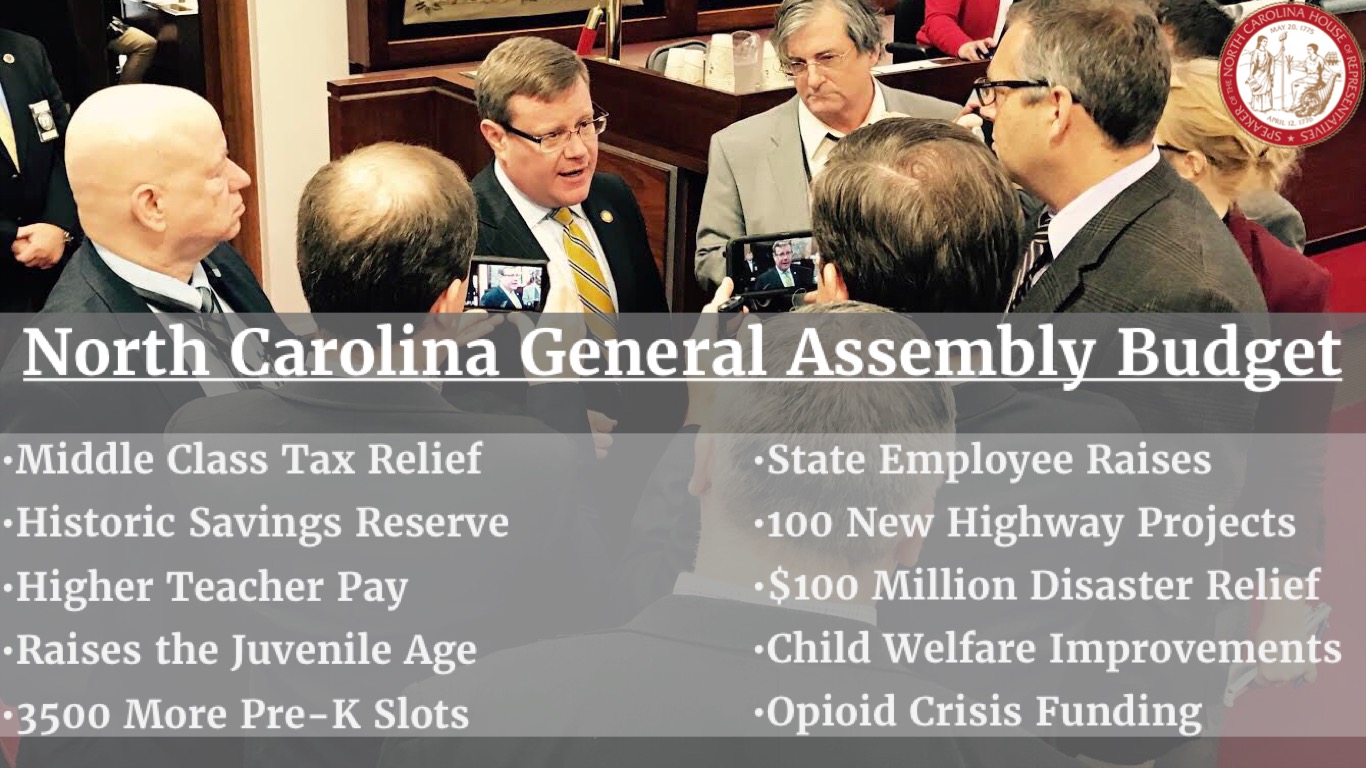 The state General Assembly’s final tax relief and spending agreement is consistent with budgets passed since 2011 that produced record savings and revenue surpluses in North Carolina this decade, contrasting a string of tax increases last decade that produced deficits and nearly $2 billion in debt.

“We’ve passed along serious tax relief in this budget – roughly 95,000 North Carolinians who today pay income taxes, won’t anymore.  Are they the super-rich?  Of course not.  They’re those earning the least.  We are increasing the zero-tax bracket.  That’s helping those who are working to try to get by.”

“We’re making North Carolina a great work environment, a great place to live, with low regulations, low taxes, all of those things together, North Carolina is a place where companies want to locate and do business.”

“Look at where we are now from 2008 and 2010, when we were going down the road of Illinois, which is now looking to file bankruptcy.  We are now in a state of prosperity.  The tax cuts and the economic growth have produced budget surpluses and provided a more robust economy.”

“Moving vans aren’t leaving North Carolina, they’re coming to North Carolina.  Every budget we’ve passed in the House this decade has been bipartisan.  This is a North Carolina budget, that every member can be proud of.  Today is a pivotal day.  We’re taking care of state employees, our retirees, and we’re providing tax relief.  I hope you will support this budget.”

The 2017 budget fully funds the rapid enrollment growth in North Carolina’s public schools with an additional $700 million in education spending over the next two years, while maintaining the General Assembly’s ongoing commitment to dramatically increase teacher pay after salaries lagged last decade and were cut in 2009.